Born in Rhaunen, Prussia (current day Germany), Kahn immigrated to Detroit with his family at age 11, where he quickly took an interest in architecture, securing a job with Detroit firm Mason & Rice while still a teenager. In 1895, Kahn left to start his own firm, Albert Kahn & Associates. Early projects included houses for wealthy Detroit businessmen, a church and the Detroit racquet club.

Soon after, Kahn partnered with his brother Julius, an engineer, to develop a new reinforcing technique for concrete beams called the “Kahn Trussed Bar,” which used steel wings bent at 45 degree angles to distribute stresses throughout the beam more evenly than in existing methods. Kahn then used this technology in his designs for the Palms Apartments (1903) and the Packard Automotive Plant (1905), the first use of reinforced concrete in automotive factory design in the country.

Kahn also became the architect of choice for Henry Ford, who commissioned the design of many Ford Automotive showrooms and plants across the country, including the Highland Park Ford Plant (1910) and the half-mile long Ford River Rouge Complex (1917), at the time the largest manufacturing complex in the US, with a workforce of 120,000 workers. His factories became known for their open floor spaces created by the use of long span steel trusses and their generous natural lighting and ventilation facilitated by large strip windows and roof monitors. In the ensuing years, Kahn also designed a house for Henry’s son, the Edsel and Eleanor Ford Residence (1929) and The Dearborn Inn (1931), a luxury hotel in a Georgian style conceived by Ford as the world’s first airport hotel.

In the late 1920’s, Kahn adopted the art deco style for the SS Kresge World Headquarters (1927) and the 30-story Fisher Tower (1927), whose design Kahn acknowledged drew inspiration from Eliel Saarinen’s second place entry to the Chicago Tribune Tower competition. Kahn continued his use of art deco for the Burton Memorial Tower (1936) at the University of Michigan, where Kahn designed upwards of 20 buildings throughout his career.

Also during this time period, Kahn was tapped to become the official consulting architects for all industrial construction in the Soviet Union during the reign of Joseph Stalin, beginning with his design for the Stalingrad Tractor Plant (1929) and continuing until 1932. During this stint, Kahn’s firm opened a design bureau in Moscow headed by Kahn’s younger brother, Moritz, hiring and training over 4,000 Soviet architects and engineers to design over 500 plants and factories.

Kahn continued working until his death on December 8, 1942. His firm continues to operate under his name to this day, with recent projects including partnering with Morphosis for the design of the Taubman Complex at Detroit University (2015). With his technical innovation, breadth of skill and role in creating the industrial environments of the US and abroad, Albert Kahn created a legacy that carries on to this day. 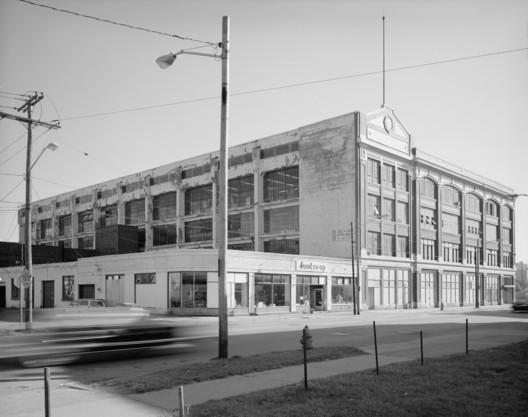