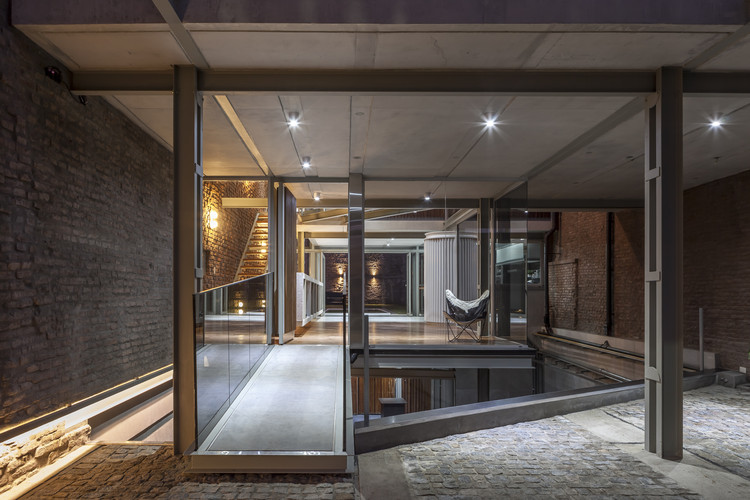 Text description provided by the architects. This house, located in a residential area, occupies the ground posing a succession of continuities between the different areas (public - semipublic - private).

The relationship between them, is through the visual continuity formed by the permeability allowing the transparency of glazed boxes from the access, unifying these spaces through an open ground floor, limited only by these fixed and mobile glass panels.

The spatial relation is not only horizontal, but the search is complemented vertically, given by the succession of spaces through double heights, skylights, a glass bridge, sunken courtyards, slopes, and the system of stairs against an existing brick dividing wall, freeing it, almost without touching, articulating and linking the different levels.

The materiality reinforces the idea of continuity, since we chose a structural system of metal sections, giving a feeling of lightness, where the composite columns are inserted as needles into the different layers and the beams are juxtaposed with each other to support the concrete slabs that lock between them, highlighting the supporting-supported relationship.

The link with the street anticipates what is to come, with the anti-tectonicity of a permeable brick wall that seems to float on a mobile sheet metal fence.