American actress Gwyneth Paltrow has commissioned Gensler to design a new branch of London's exclusive Arts Club in West Hollywood. The eight-story members-only club will feature a number of luxury amenities, including a spa, gym, art gallery and rooftop pool. Paltrow is collaborating with business partner Gary Landesberg to complete the 132,000-square-foot facility, which will also include a restaurant and dining terrace, screening rooms, 15 guest rooms, and helicopter pad.

The Arts Club was originally founded in 1863 as a "haven" for those associated with the Arts, Literature or Sciences. It's current club is located on London's Hanover Square in an 18th century townhouse. 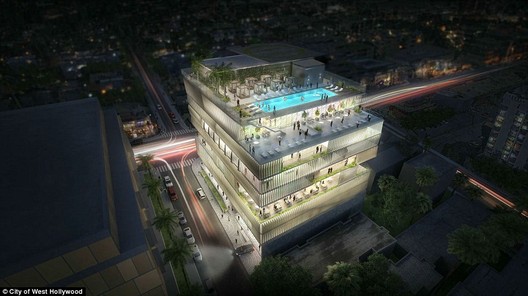