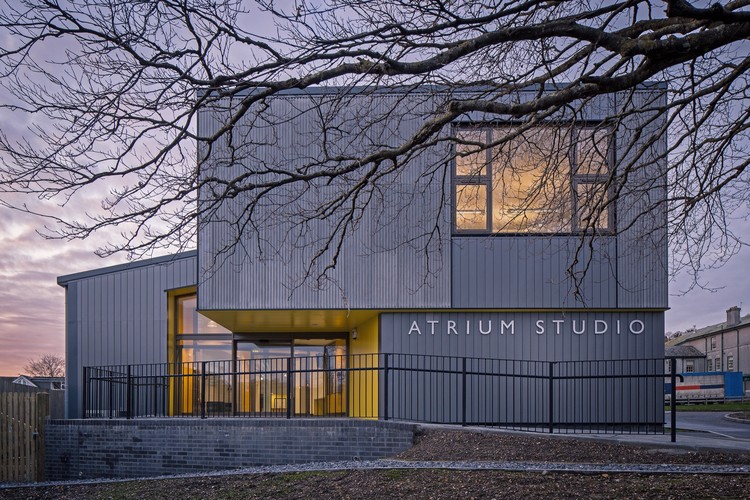 Text description provided by the architects. Atrium Studio is part of the Ashburton Studio School, a new school set within the campus of South Dartmoor Community College. The vision for Atrium Studio aligns itself with the national drive for the improvement and focus on preparing a future workforce with ‘real world’ skills.

It has been identified by local and national employers that the South West has a growing Construction and Built Environment industry. However, alongside this growth there is also skill shortage an effect of recession and a maturing work force. With this in mind Atrium Studio has been developed to improve the educational opportunities for the young people of Ashburton and the surrounding Devon area. Catering for a maximum of 375 students between the ages of thirteen and nineteen, Atrium Studio proposes a specialist response to equip them with the life skills needed to fulfill skill shortages required for further development and recruitment by future employers, universities and professional bodies.

The architectural model developed by Satellite Architects was formed in response to established trees, which had created a triangular footprint. Atrium Studio is arranged into three blocks. To the north and west of the site are the principal teaching spaces placed in two storey blocks.  Along the boundary fence to the south of the site resides the support space within a of lower single storey block. An open plan, triangular atrium forms the space in between the three blocks to accommodate assemblies, dining, study and socialising. The atrium also provides the circulation for the ground floor with an open gallery overlooking the atrium providing circulation for the first floor.

Atrium Studio has been developed to have a characterful and civic presence. This has been achieved by introducing rhythmic roof forms; the roof is defined by a series of repeating bays, which rise at both ends towards the larger adjacent buildings. The building defines a central square in front of the original schoolhouse. The main entrance to the building is at the narrow end of the site, a visually dramatic entry to the Studio, which also provides independent access from the public road.

The interior to Atrium Studio has been designed to provide a robust solution for a learning environment. In addition, as the school’s specialism is construction, informative graphics have been incorporated into the design; students and visitors will see the loading on each structural element and the plan of the school forms the pattern to the stair balustrade. Throughout the building light airy spaces have been created by balancing the exposed structure with splashes of bright colour. 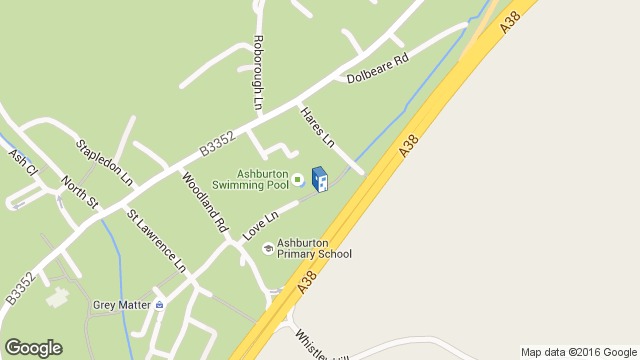