Moon Hoon, an architect based in Seoul’s Gangnam district, created a series of fantastical, detailed “doodles” for the Chicago Architecture Biennial. Titled Doodle Constructivism, his installation is a powerful display of architectural illustration that merges widely contrasting ideas such as peaceful urbanism with mayhem. In his Shelfish Architecture drawing, he creates a sort of housing structure, which looks like a cross between an apartment building, a mushroom, and an alien. 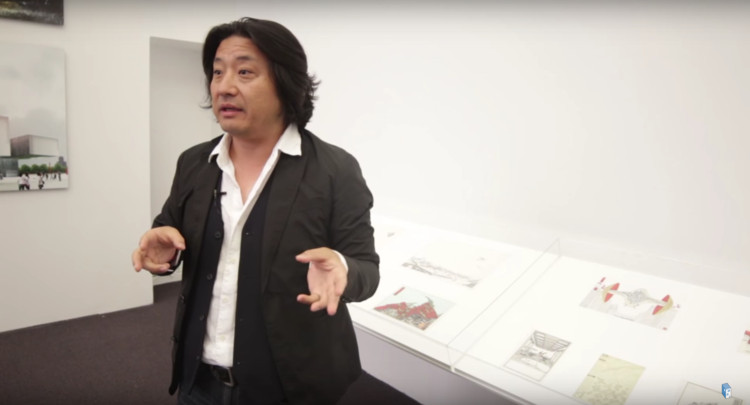 “I have some futuristic fantasies, I have some car designs, it’s kind of an encyclopedia of ideas. I’m regarding it as a magic book because some day the drawings will come out and become the truth”, Hoon told ArchDaily. “Architecture opens up your spectrum of knowledge from the science to the arts to philosophy…if you learn architecture, through architecture, you can learn the world.”