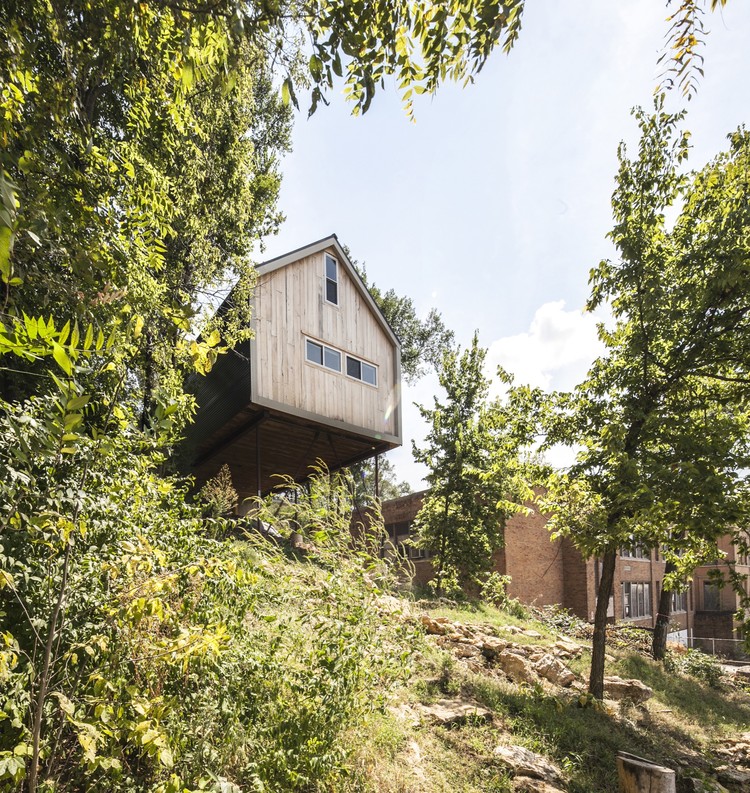 Text description provided by the architects. Within the vibrant West-side Neighborhood near downtown Kansas City, Missouri sits a steep, narrow, and over-grown site. The topography of the site and surrounding city drives the design of this house for a family of four. We call this project the Madhouse. Beyond merely the name of its street address, passers-by seem to comment on the madness of putting a house on the side of an urban cliff. The house oscillates between submersion and immersion - the site drops nearly forty feet from end to end - allowing the MadHouse to extend out of the ground nearly twenty feet.

The significance of the MadHouse is that it overcomes the complex and ‘unbuildable’ nature of the site using a combination of construction techniques rarely employed in a single building. Though complex in construction and implementation, the simple design does not buck the eclectic style of the surrounding houses. The use of air, stone, and light have informed the design since the beginning. The solidity of the house is derived from the bedrock it is intertwined with. The duality of both being in the ground and in the trees allows for an array of passive systems.

Passive strategies in the MadHouse are actually temperature moderators. Trees shade the site during the summer months. The windows are oriented for stacked ventilation - allowing air that would typically move over the house through to suck hot air out through north-facing skylights. The plan eliminates northern glazing along the entirety of the northern wall as a utility core: restrooms, closets and storage. This provides a three foot climate-buffer eliminating harsh winter winds from entering the house. Skylights provide additional light.

The Madhouse, without forced air, has a centralized wood burning stove that heats the house during winter months using wood from the trees removed during construction. The stove is supplemented by passive systems, such as southern oriented windows (with proper shading in the summer), insolation via concrete floors & walls, partially submerged bedrooms, and R-40 walls and R-50 roof/floor. 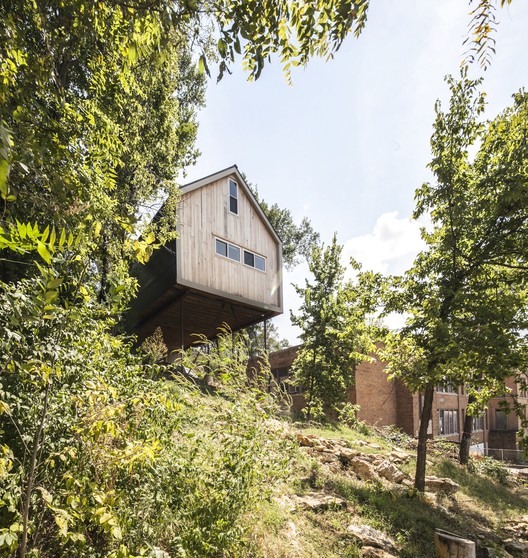