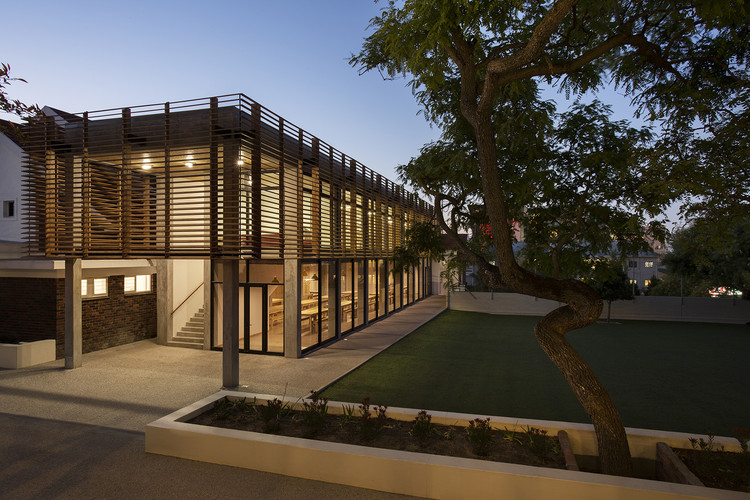 Text description provided by the architects. Kritzinger Architects won the bid to transform the former Tafelberg Primary School in Sea Point as part of the Western Cape Government’s Provincial Regeneration programme. The property is owned by the Western Cape Government and leased to the French School. Construction started in January 2014 and was completed in August 2014.

The brief called for a low-cost refurbishment of existing facilities as well as additional space for a new cafeteria and library to cater for the rapidly expanding primary and pre-primary classes. With a construction budget of R13,4 Million, the professional team were tasked to provide a low-cost high-value design proposition which conformed to French school design standards.

The design concept was to preserve the splendour of the existing 1930’s school building, while at the same time creating a new identity for the French School through the addition of a new library and cafeteria building, landscaping and sports fields.

The existing hall was refurbished with a new 2-story Cafeteria & Library building introduced as a set piece to create a new identity for the school. The new building was designed as a contemporary addition to the campus and is strategically placed next to the existing hall to offer flexibility of use and ease of flow between the hall, cafeteria and sports field at ground level.

The structure comprises a simple concrete frame and lean-to roof with a wrap-around timber screen at first floor level which provides solar control to the library whilst still offering views out of the building. Low-cost materials such as Oriented Strand Board, SA pine and plywood were selected to compliment the off-shutter concrete and provide a homogeneous language of materials throughout the school.

Landscaping was introduced to create a strong pedestrian axis between the two street entrances and buildings around it. The existing upper and lower sports field was refurbished to create a new green astroturf sports field. Staff parking was designed at the lower end of the site with easy access directly off Tramway Road.

In 2015 the French School was shortlisted for the Cape Institute for Architects Award and was awarded the Wildlife and Environment Society of South Africa Eco-School label for sustainable design. 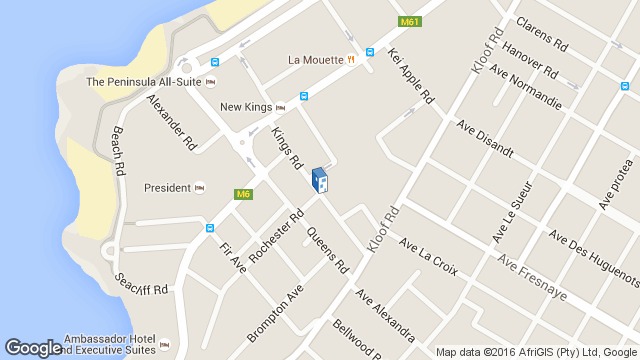