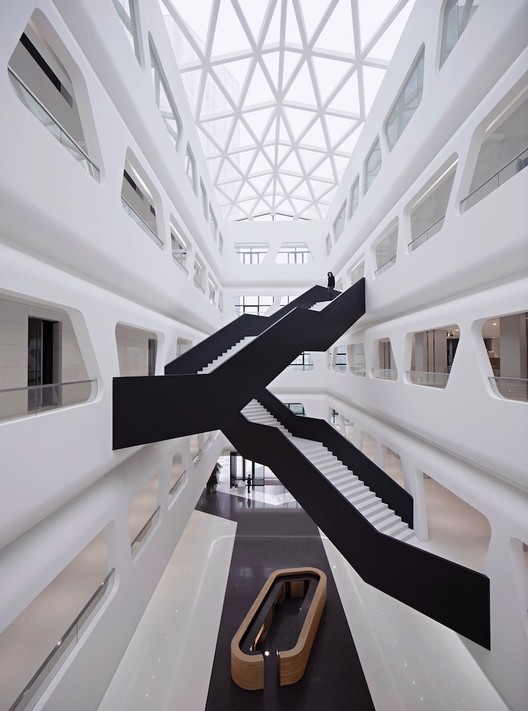 Text description provided by the architects. MCEC (Midwest Commodity Exchange Center) is a trade center for metal products located at a center of Xi’ an International Trade & Logistics Park. This region is positioned as one of regional headquarters of China’s New Silk Road, and a new urban development has recently started there. MCEC has a rich historical and cultural background of Silk Road, and the urban landscape as a landmark representing international trade with the new transportation infrastructure is expected for MCEC.

MCEC consists of service facilities for the main functions including trade rooms and conference rooms. Towers A / B / C and Towers D / E are continuous building to be dynamically connected by semi-exterior entrance hall with each 5-story high open space and glass roof. Towers F / G are independent administrative buildings, and in both buildings it is directly accessible from the south and north entrances located in the impressive entrance hall with 2-story open space.

Tower B, accommodating the operational headquarter of MCEC, is clad in three-dimensional façade expanding upwards with irregular patterns. Its curtain walls of the honeycomb design visualize the network patterns. The other six towers are clad in flat SSG curtain walls assembled in various angles, reflecting the honeycomb patterns. In addition, they interconnect the inside and the outside while activating the space for trade activities.

We set special design codes for these buildings dealing in metal products; the curtain walls should be designed based on the metallic ratio. The golden ratio is applied to “golden seal” building (Tower B); the platinum ratio to the “bridge” buildings (Towers A, C, D, and E); and the bronze ratio to the “gate” buildings (Towers F and G). In addition, each façade is divided in different sizes according to the orientation. The “dot lines” on the façade are made of silk-printed glass with shading louvers equipped with internal LED lighting. At night, fragments of light stream along the façade according to the special lighting program move, and such transformation on the façades create a spectacular and active urban landscape. 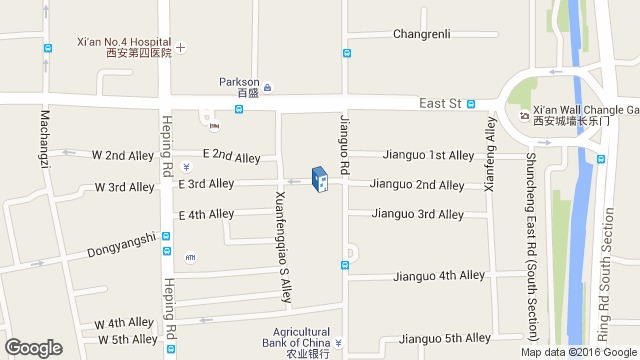