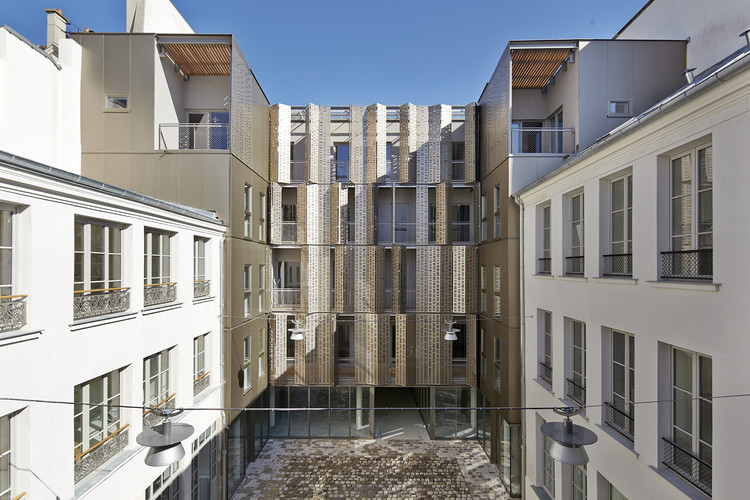 Text description provided by the architects. At a stone’s throw from the Centre Pompidou, the building complex at 25 rue Michel le Comte is located within the Marais Historical Protection and Restoration Zone (PSMV).

Constructed between the 17th and 20th centuries, it serves as a classic example of a city that was built up through the centuries by subsequent additions of buildings. In addition to the rehabilitation of the complex foreseen in the program, Atelier du Pont proposed to reconstruct a new building within the heart of the block.

Our ambitions matched what the site demanded. The challenge lay in preserving the traditional mixed-use development of the neighborhood, which has historically brought together private mansion and artisans. The project now combines social housing, offices (an independent movie producer, a theater troupe, a designer, an architect, among others), and shops. It wishes to acknowledge the Marais’ artisanal past while preserving activity in the neighborhood.

The project also sought to preserve the existing social fabric by increasing the number of social housing units and significantly improving the comfort of the habitations, all the while observing the City of Paris’ Climate Plan. The courtyards and the old 17th century passageway have been restored, which has opened the block up again.

The project was carried out in two phases at a site that remains inhabited, which demanded considerable dexterity, cooperation, and a full commitment of the heart.

Working on heritage buildings is an exceptional adventure and a singular exercise that constantly juggles opposing tendencies that lie at the core of the project: daring and humility, respect and imagination. It’s not just a matter of rehabilitation, but also of reactivation, of continuing to write this ongoing history and trying to anticipate the future. 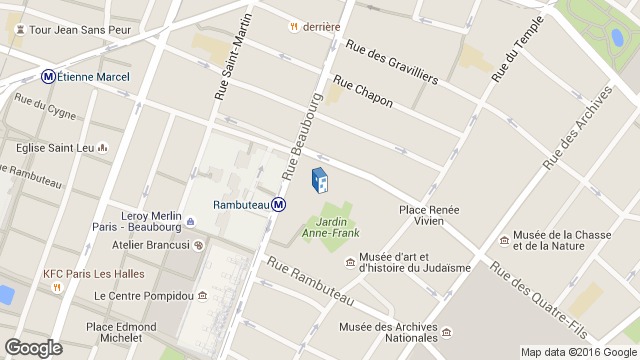