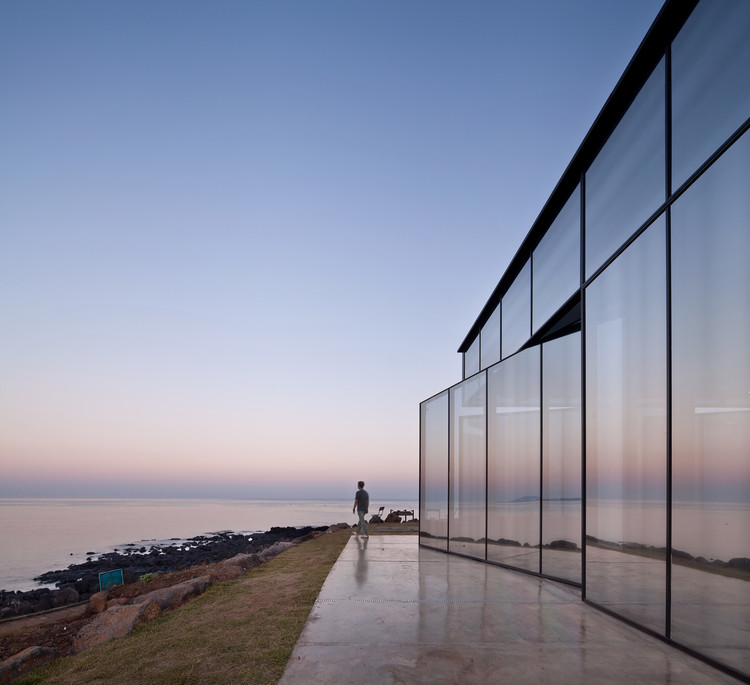 ‘Platform_monsant’ project is located at a small residential area in Aeweol, Jeju, where quiet communities are situated far away from the cities. This area in Jeju Island is still holding the original characteristic of the volcanic island which has had broad open space and native plants. We hoped this building would be integrated to the surrounding landscape as a starting point of this project.

Our goal was not to emphasize the architecture by landscape, but to highlight the landscape by architecture. The existing nature reserve at the south and west of the site, and the steep downward hill oriented toward the back of the reserve enabled us to establish a direction of response: respecting the existing space by the least engagement, extending its permanence through the present toward the future. Here, architecture is no more or less than a medium to maintain and extend the existing context.

The building layout accepts the existing space and topography as it is, with the box form located along the slope as a simple volume for rest and contemplation. The refined volume is designed to embody a neutral piece of architecture through concrete and glass, thus offered as a device to absorb the characteristic of the existing site. The contrast of basalt wall – an architectural material with locality given by nature – with the crushed concrete and the glass, delivers what story the building wants to speak of.

We designed the first building of the whole master plan by constructing distinct horizontality along the north-south axis. The eastern and northern facades do not have windows, but the western and southern ones are mostly transparent. Also, the great windows connecting the inside and the outside are at once a functional device to ensure daylighting inside and the main medium to draw the outside (the beautiful sea and sunset of Jeju) close to the inside (artificial space for users).

The windows can be closed in a row or not, i.e. whether they are opened or not determines the character of space as implicative or extensive, thus creating a new paradigm and relationship between the building and the site.

The roof terrace of the single-story building extends the surrounding environment, serving as an observatory open in all directions. Also, it is responsible for the building insulation all year round, augmenting the visual continuity between the road, the house, and the site. On the roof terrace, a translucent cube as an extension of the skylight inside plays such functional roles as actively projecting the temporally-changing daylight into the inside, while emanating the artificial light inside into the terrace outside at night.

Back wall _ This great, tough, and attractive concrete was reborn with strong inspiration from the site. This is a transformation into an artwork, or a main intervention to extend toward the inside, having a distinct character of roughness. The wall escapes from the existing role of a boundary and now offers a new space where users can take a rest, while the vertical axis planned along the wall arouses the users' curiosity as well as making them look upward and their movement go toward a new space.

Reflecting glass _ The great reflecting glass made of black stainless-steel frame was designed to enable opening or closing by the time of day, fending off the view from outside as well as preventing the views of users inside and outside from crossing each other, thus providing those inside with free environment where they can take a special rest in the projection of beautiful landscape of surrounding nature.

Reflection of external environment in the inside _ Such beautiful landscape elements reflecting the locality of Jeju as stone wall, volcanic sand, and basalt rock were reinterpreted into the motif of this project. The trace of the existing site hollowed inside the southern floor serves as a device of awakening a primitive sense of nature and as a medium to accept its ceaseless change. Avoiding formalized actions and ideal predictions on architecture, this project encounters nature through the void space in a meaningful relationship, not in any superficial dimension of information. 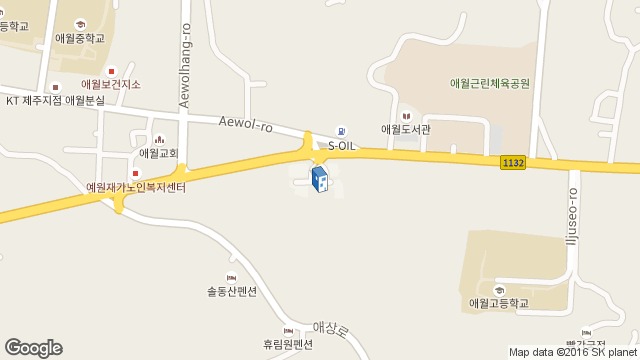 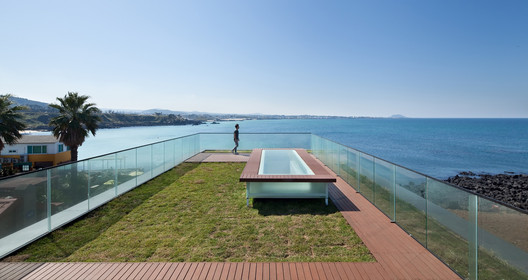