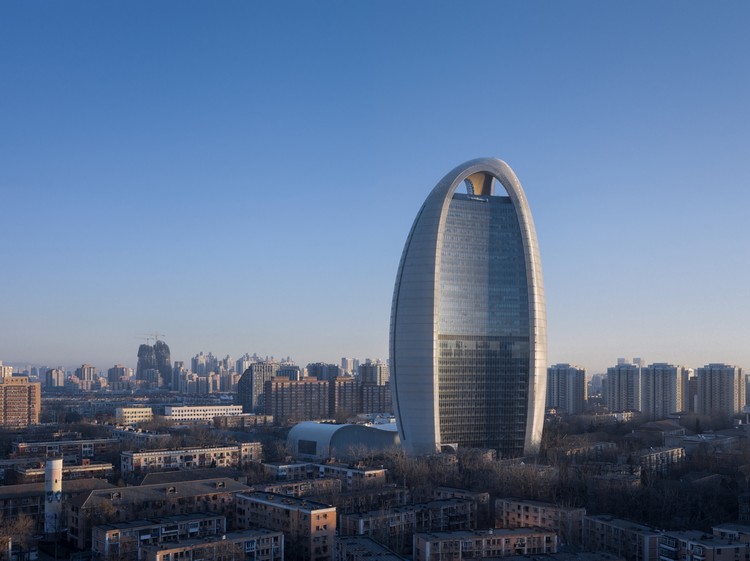 Text description provided by the architects. This building has been one of the most important constructions in Beijing since 2008 Olympic Game. Two reasons for this, one is that People’s Daily is the top official newspaper in china, and two due to its hot location in the heart of Beijing's CBD （commercial business center), about 8 kilometer east of the Forbidden City (ancient emperor palace, the symbol and core area of ancient China's capital), where there have been a few of internationally designed architectural works. We won the national competition in 2009 and began to construct in 2010, finished in 2015. We try to do something which will be a creative, contemporary and modern, but also reflect our culture and tradition. More important, this building has to be cost-constrains, use-effective and environment-friendly. As the whole design contracts, we finished the all design works, including architecture, engineering, landscape, and interior.

The form of the High-rise building comes from Chinese character "人" which translated into English means PEOPLE, corresponding to the title of the media PEOPLE'S DAILY. The triangular plan is transformed from the structure of the character "人". And the streamline body is shaped by cutting an ellipsoid with three hyperboloids.

We presented a 3D organic shape or “perfect” form, in which there is no dead point for all view angles. More important, this shape can be defined by strict geometric calculation. Chinese old saying “inner rectangular, outer round shape” means principal must be followed while modest and friendly manner should presented. Now, this building is harmonious with its surroundings. For Beijing is severe earthquake area, we design an three angle spatial trusses supports working together with its elevator core entity, while regular vertical columns and concrete floors are only secondly structural components.

Inside the building, we designed a curved corridors and public spaces where people will not feel boring while walking and working. Due to its round parallel shapes and edges, the floor-area- ratio is also high effective, 73% (usable area over whole areas), while averagely, in Beijing, similar office buildings, this number is only 53%.

For the 3D round shapes, it is hard to find the way to make them perfect by normal materials, such as metal panels, or glasses. We use glazed terracotta (Chinese traditional materials, such as2500 years-old terracotta warriors in Xian Qin’s Emperor Mausoleum and Chinese traditional glazed roof tiles, last for thousand year but never decay for its strength and bright color. These short terracotta baguettes with different lengths and cutting angle of end surfaces weaved to fulfill the sensitive 3D curved shape. High-strength cable structure is taken to connect these baguettes. Totally, there are more than 223,000 baguettes used with the length from 650mm to 1200 mm. There is a 900 mm space between the weave terracotta baguettes and aluminum sandwich insulation panel. In this way, it is good for the temperature behavior inside the building. Air automatically flows between the double skins to have a grey protection layer. Due to air dust pollution, it is a hard job to clean the building surface. By using this meshed surface, it is automatically clean the skin by rain, and all the dusts drained into the inner flat skin and leading to the ground collecting water system for planting. Also, because the glazed terracotta is very smooth and shining, there is much less chance for the dust to stick on comparing with normal metal materials.

This building is more than 80% prefabricated using steel structure and components which can be dismantled and recycled when getting the end of its life. We use ordinary double-layer glazed glass panel to fill office space, while other exposure parts, a double mesh and solid skins are used. All the raining water can be collected in the whole site for planting purpose. For glass curtain wall, it is difficult to prevent focusing reflection to its surrounds, both drivers and neighboring buildings. By carefully calculation and arrangements, we use convex form for the glass curtain. When sun ray casts on the bugle surface, it is diffused and spreading to all directions 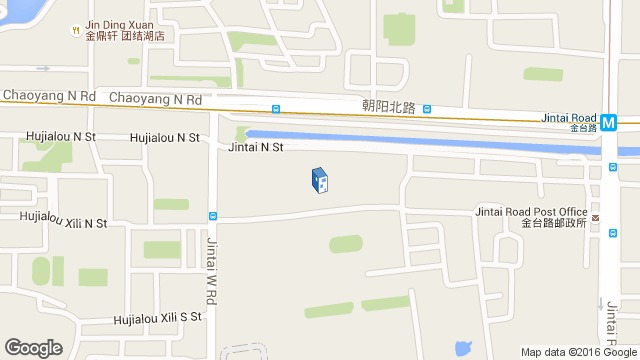