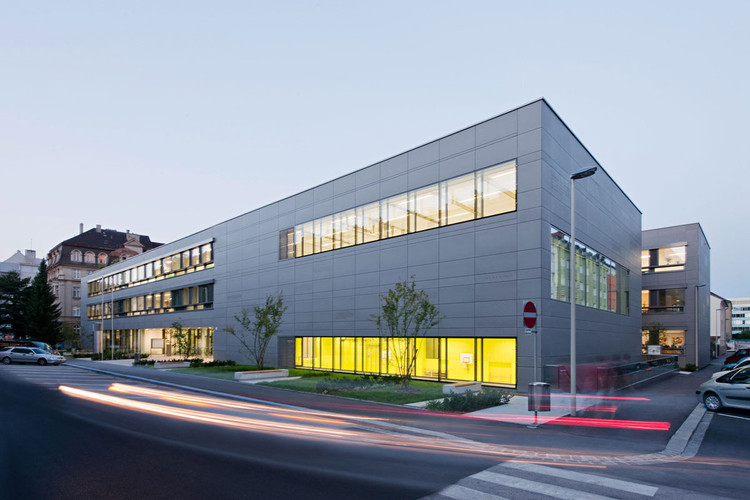 Text description provided by the architects. The objective was the redevelopment and extension of an existing school – a building made from prefabricated concrete slabs in the 1970s – in the centre of Linz. The building's extension closed a gap of surrounding perimeter block development while at the same time creating an independent ensemble. Easy access to public transport and the location within a dynamically developing urban area justify the expansion of the school site.

'Space as the third teacher' (L. Malaguzzi) The aim of the architectural concept was to make the environment palpable also inside the building by maximising openness. Unobstructed views allow easy orientation within the school. The central, open development offers atmospheric zones for recreation and relaxation.

Glass walls in the group rooms on the east side of the building open up the view into the leafy courtyard.The overall ensemble (redevelopment and extension) is convincing down to the details and offers the children worlds for learning and movement. The outside glazing on two levels allows the rooms optimal exposure to light. The individual classrooms were designed with built-in storage offering plenty of space and 'hidden' displacement ventilation on the walls alongside the aisles.

The colour design of the gym and multi-purpose hall differentiates the rooms according to their uses: large pixel graphics (basketball, breakdance, hockey, ballet) on the walls not only serve as an optical enrichment, but also encourage movement. The position at the crossroads of Figuly- and Tegetthoffstraße is essential from an urbanistic perspective and is marked by the design of symmetrically offset roof lights. The cladding panels were engraved with excerpts from Article 26 of the Universal Declaration of Human Rights (right to education) in six languages, hence also using words – a central medium of education – to convey the designated use of the building to the outside.

A central feature is the high-quality design of the spatially limited outdoor areas designed to create a sophisticated, robust and enjoyable open space despite a high usage rate (400 pupils). Thus the areas for communication and movement, which are essential in an inner-city location, are offered in the courtyard as a supplement to the gyms. In addition, the green area in front of the building along the street was not designed as a buffer, but as a meeting place for pupils and local people (small squares, benches, plants).

The object was implemented in a low energy construction method with controlled ventilation (displacement ventilation in the classrooms) including the design for a natural secondary ventilation system. The façade consists of prefabricated wooden elements with an HLK ventilated covering layer of fibre cement slabs. 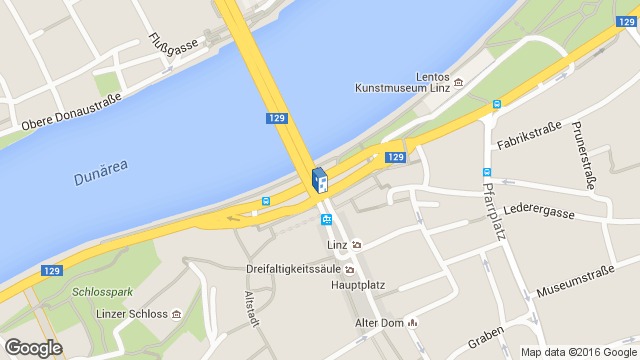 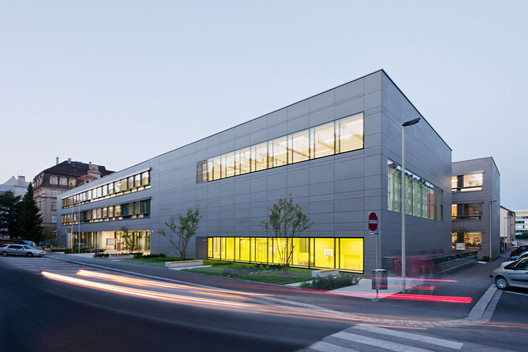