Save
AN Kindergarten / HIBINOSEKKEI + Youji no Shiro 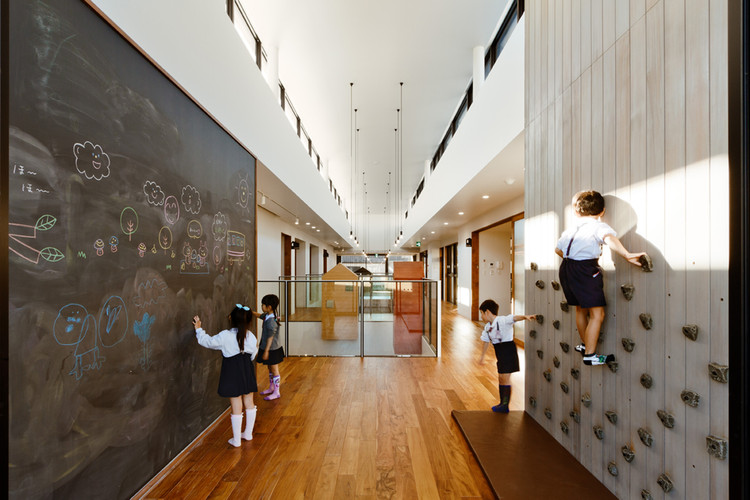 Text description provided by the architects. The site is located in part of the quiet residential area in Atsugi city in Kanagawa Prefecture. We designed the existing building of the kindergarten 42 years ago, and the building has been watching how many children have been growing.

However, as a variety of educational needs have been produced along with consideration for earthquake resistance and change of age, we were requested to change the kindergarten to the type for the next generation that is appropriate for the current days, and accepted to design it again.

To improve the point that they cannot see each other since 1 floor building is transformed to 2floor building, we set a number of open ceiling spaces.

In addition, for the purpose of reducing lighting and use of air conditioning during the day in Japan where the building by energy saving has been a theme since the Great Eastern Japan Earthquake, we set a large opening in the common area to have a high sidelight where the sufficient sun hits indirectly and to cause the air to flow.

This produced a space bright enough without using the light and they can remove heat from the high sidelight and opening. In Japan where it is hot with high humidity, it is an eco facility for the next generation without using air conditioning.

As for interior, we designed by imagining “woods”. In the woods, there are factors that prompt a variety of discoveries, chances and 5 senses. The communication space in the center imagines this kind of “woods”.

Each child has a “nursing room” to which they go back. In the woods, there are small and large space, small step, space where they draw a picture, climbing space and a hut similar to tree house.

There is a small window in the hut, and it produces a new connection with children who are playing at downstairs. The hut under the stairs looks like a hole in large tree, and a soft cushion is spread in whole space. By this, the children lie and lean in the tree where they can relax and read a book.

As for climbing wall, there are a variety of facilities with colorful colors. We dared to select the material that is close to the stone in nature since we wanted to create an image that is similar to original rocky area.

In recent years when children’s physical ability and creativity have been decreased, we expect that they can start improving their ability by setting a variety of playgrounds indoor at different places. 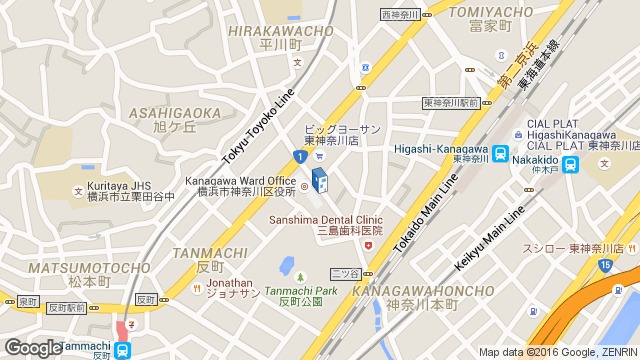 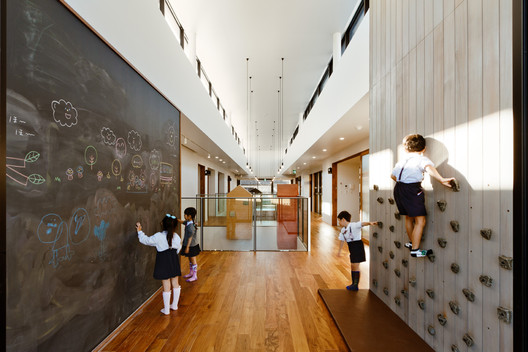