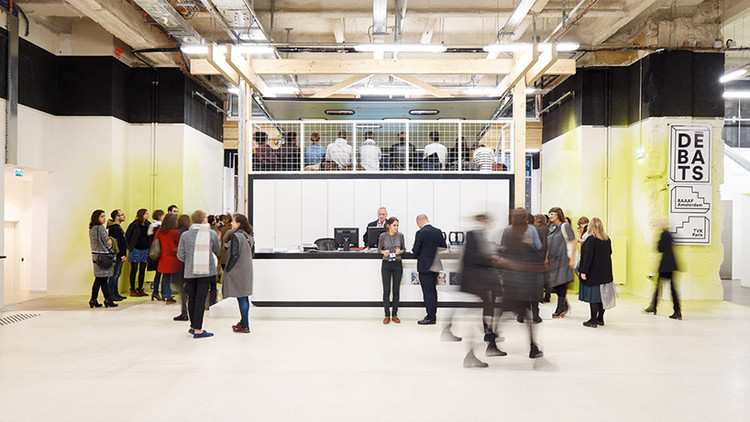 Text description provided by the architects. FREAKS in association with graphic design studio FORMABOOM has won last July the competition organized by the Cité de l'Architecture et du Patrimoine to set up, within the east wing of the Palais de Chaillot, a new permanent venue dedicated to architecture exhibition and debates among invited French and foreign architecture practices that has opened last October 2015.

Named “Plateforme de la création architecturale”, this new place aims to confront architects' thinking and methodology in a shape of a battle through both an exhibition and a cycle of debates following a programming of 3 months cycles.

The Platform hosts three distinct programs : exhibition, debates and historical research. For those three programs FREAKS and FORMABOOM have designed three abstract black and white forms that work both as graphic signage as well as pedestal (in the shape of an half-pipe as a metaphor for the battle), bleachers (for lectures and debates) and picture rail (to display historical research).

The graphic design follows a strict logic : all the signage is printed black and white on A0 paper sheets magnetized to metal bars. The logos and built forms are matching to clarify both communication and organization of the venue.

Three colors have also been chosen to locate the three programs within the wide white space. Just as a graff process, those colors have been applied onto walls and floors by using a mechanic sprayer (see video). The three forms looks all like floating in those colored atmospheres turning the whole space into a giant playground that architects are invited to take over and invest. What has happened for the first opening cycle by inviting Paris-based French practice TVK facing Amsterdam-based Dutch practice RAAAF. None knew what the other would propose. The second cycle starts January the 21st and hosts French studio X'TU facing Belgian studio 51N4E. 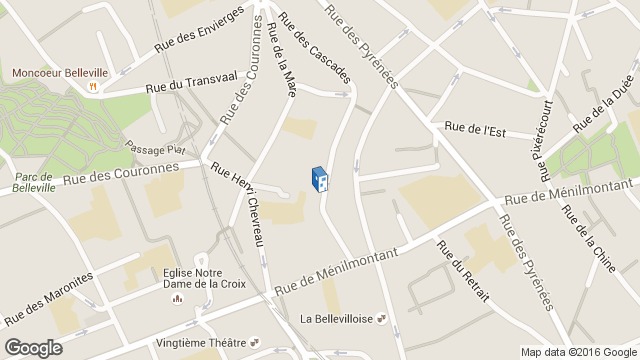