Save
Yoshinagaya / Office for Environment Architecture 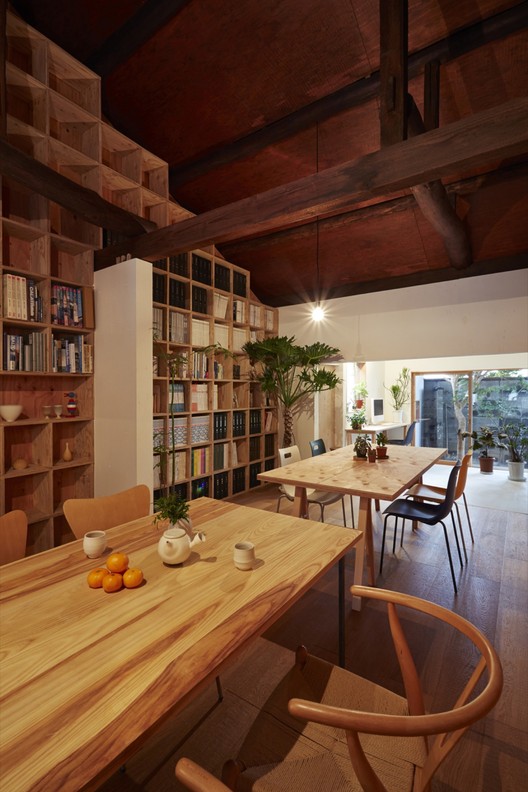 Text description provided by the architects. This house and atelier were a renovation of an approximately 80-year old duplex tenement in Osaka City. The original building was a typical tenement. There are still many tenements in Osaka City, but many are being routinely demolished.

The neighbor is a healthy octogenarian woman, living alone. In order to ease her uneasiness from the neighboring duplex being uninhabited, the resident began living there several years ago. While providing a sense of safety to the neighbors by living in the previously vacant house, the resident also caused her trouble by making noise, since the old tenement was only divided by a wall (the boundary wall did not reach the roof truss). Therefore, bookshelves that reach the roof truss were inserted.  The old components, such as the structure and clay walls, were left as much as possible. Once hidden traces of the anonymous workers who built the house were exposed to show respect to them. New components were partially added to adapt to a modern lifestyle.

By conserving the tenement, which is open to the community and can have a close relationship with the town, I desire that the tenement will be called "YOSHINAGAYA" (meaning good tenement).