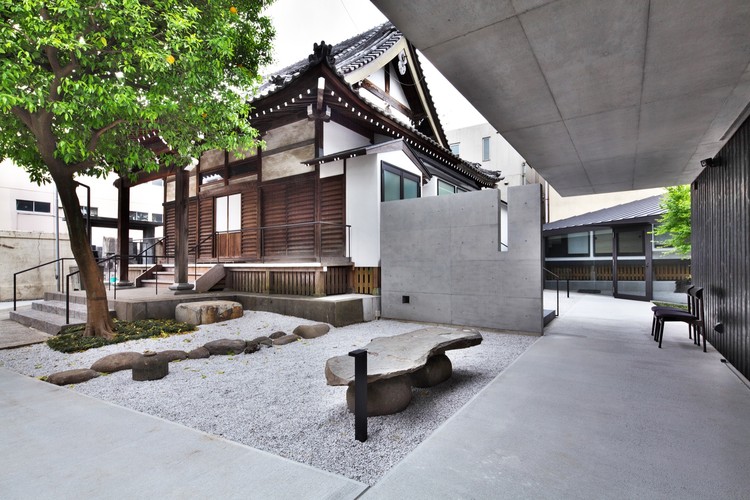 Text description provided by the architects. Renewal plan of the temple, rebuilding of the temple since the Edo period. (plan including new reception hall and priest's quarters )  Main shrine was destroyed in the air raids of World War II,  after the end of the war, it was rebuilt in the goods is insufficient. While this plan takes over the old temple main shrine,  the temple to the region can contribute was aimed as a temple of a new era.

The site is located in the northeast corner. The north side of the site facing the schoolyard and children's park. Precinct was bad ventilated in often because of the extension has been building and trees. And it was in a state of lack of cleanliness of as a religious space. Main hall is kept to a refurbishment, the north side of the site became totally parking. Housing and office it was one of the building.

Housing and office clearly indicates that the different functions as a space. The outer wall of the office is a grilled cedar planking. It was set to evoke a plate fence that separates the parking lot and grounds. Residential interior becomes a separate space from the other temple space,It has been consideration as protect the family's privacy. Since reception hall is to provide the visitor a more relaxed atmosphere, It was arranged to be directed to the innermost site through the yard.

It was reborn as a new space for prayer, and as a beloved landmark in the area. In the future, we hope to be loved as a symbol of the region familiar to the surrounding landscape over the years. 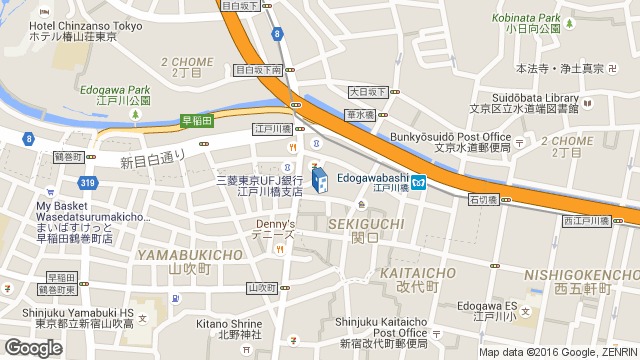