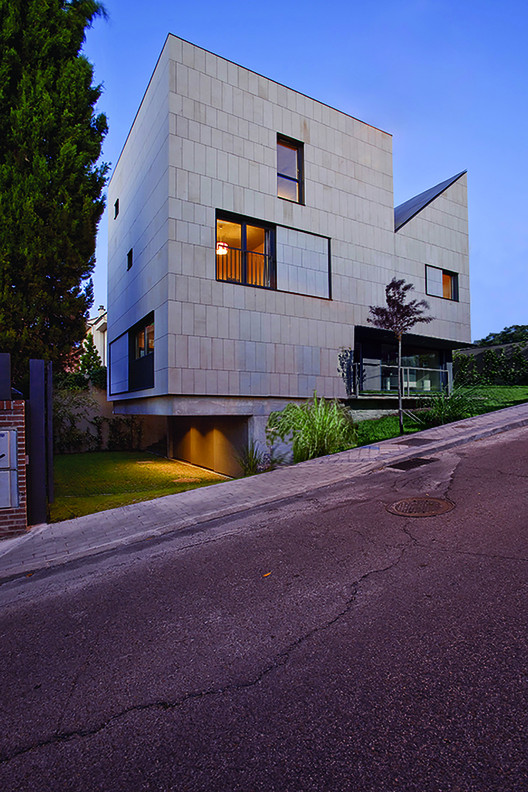 Text description provided by the architects. The relationship between parents and children is in flux for the coming years: from total dependency to independency.

Then, how do you organize a house and its different rooms if the relationships between family members are constantly shifting?

According, the house organizes itself ambiguously between one family nucleus and two independent areas expressed to the exterior by a diagonal cut that divides the cubical mass into two sub-masses.

The location of the vertical circulation on the central part of the house makes the interior spatial division evident although it remains a clear single volume from the exterior.

On one side of the vertical circulation the house is occupied by parents and on the other side by the three children.

This cut also allows natural light from the south penetrating through a large size window to the main circulation core and further in the living spaces.