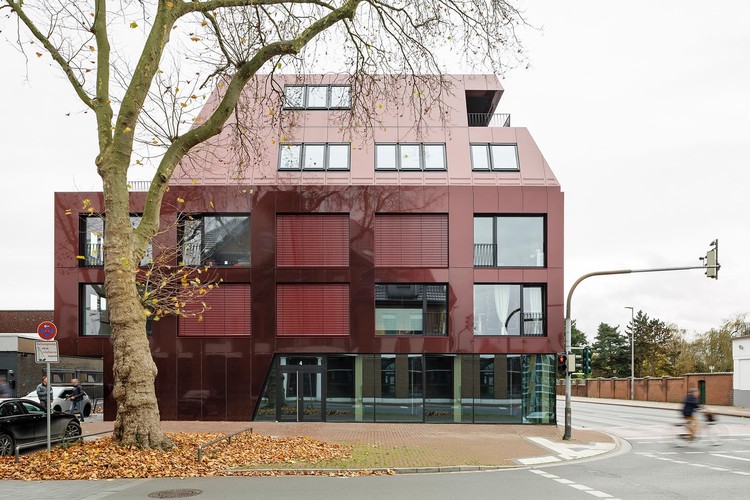 The plot, with a size from around 473 m², is situated in the center of Kamp Lintfort at the corner Ringstraße-Friedrichstraße, enclosed between the shopping mall EK3 and the the new university Rhein-Waal. Due to the development of this campus, the student house does perfectly fit into the new arranged ensemble.

The intended audience for these apartments are students, little families or single living persons. Therefore a complementary apartment mixture with 18 housing unites, for around 20-25 people was created. There are little student flats with appropriate designed facilities, as well as two room flats and a spacious loft flat at the top floor.

The main entrance for these 18 flats is at the back side of the apartment house, where is additional space for cars, bycicles. Inside you there is accesibility to the rooms through a huge staircase as well as an elevator. The ground floor is planned to be useed by a coffee shop and an office, whose main entrance is seperated from the apartments.

The building does perfectly fit into the urban development. The height of the attic of the adjacent shopping mall EK3 was adopted and is used as initial point. Additionally the shape of the face absorbs the former moving appearance of the EK3. Furthermore the mansard roof was inspired by the shape of the opposite residential house.

The whole construction of the apartment house was built out of reinforced concrete, which is covered with claret red alucobond panels. Even the mansard roof and the vertical facade are made of reinforced concrete.Through that a clean and consistet facade occures. Just the syntethical windows and the aluminium roof windows discontinue this face, which can be completed with the same coloured sunblind at each window. The construction at the ground floor is an aluminium mullion and transom facade combined with high quality sunblind glazing. Due to the high street next to the apartment, sound absorbing windows were integrated.

The walls in the floor -and staircase area were left in concrete, to maintain the character of the apartment house. The ground of the staircase is covered with light grey floortiles, appropriate to the walls. In turn to that, the ground in the flats is covered with claret red linoleum floor. On top of that all student flats are provided with a fitting kitchenette, a closet and a bathroom with a surface low shower and small storage spaces. A consistent colour- and design concept is drawn through the whole inner area.

On opposite to the claret red alucobond panels outside, there is a cost efficient and recognizable colour concept for inside. It reoccures in the whole apartmenthouse on different elements. Every single flat has its own colourful foliation at their mailbox as well as at their door frames. This bunge of colours is situated, as a significant accent, in a collective sequence at the opposite wall in the entrance hall.

At the first floor is a courtyard, which can be accessed from two different flats. Therfore it is not only the second emergency way for this building, but also a place to dwell on. At the third and forth floor are two private terraces. All of them are equipped with high grade Bangkirai wood floorboard and a extensiv greening. 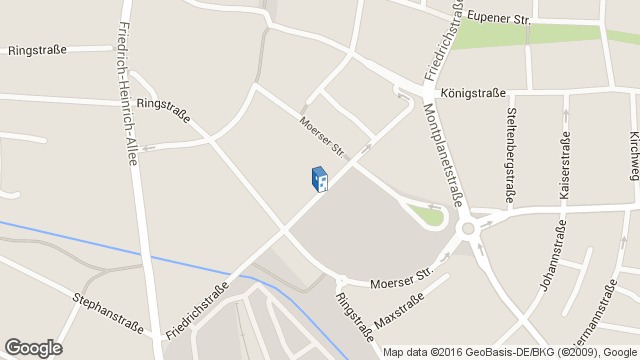 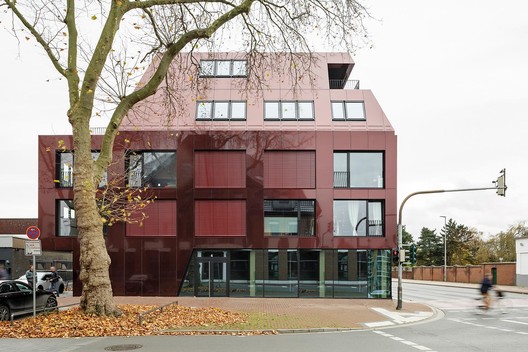