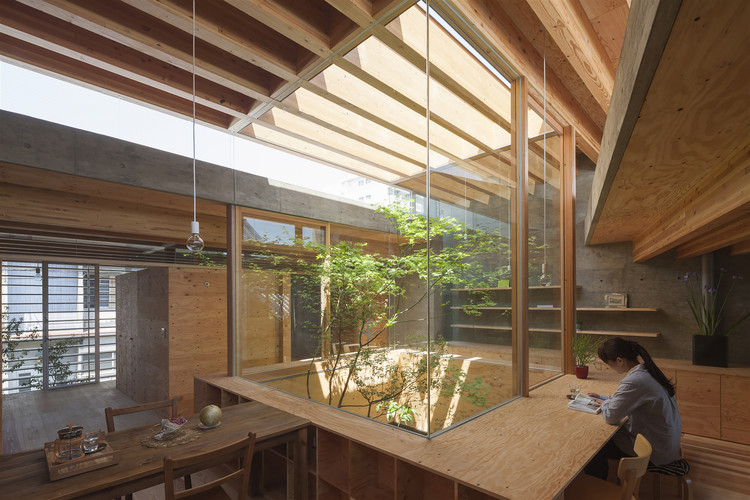 Text description provided by the architects. The new three-dimensional courthouse in the city.

A plan in the housing built in the center of Fukuyama city. The site where touch the north side frontal road is bent slenderly in north and south, and the site is enclosed by housing and a building. The sky, the water, the earth sunlight and the environment like house in mountain that a look and interactive relationship with animals and plants are born also to play some time abundant in daily life in such site.

A courthouse-like element was taken in the interior in three dimensions aiming at the relationship into which a person can expand the reach with concerning more, not the relationship sheltered from circumference outside. We cut site to 3 volumes and expected the connection with the external environment.

3 shells were formed by 6 RC independent cantilevering walls which stand up from the ground of eastern and western neighboring land. The big hollow was born between the shell and slits are made by mixing with the outside and inside shells. That, the shell cut down is chosen as the free wooden Slave with the different floor level sitting astride, and the respective where aboutses are being produced while twining with a landscape.

And sunlight and a wind are going through the stay location of the person while a shell's different in the size connecting inside space and outside space complicatedly.

Though it seems to be the part ridge form by an opening between shell from shell like a crustacean and the intermittent internal space, there is the expanse where territory isn't prescribed. Though there is that in center city, the present-day environment like house in mountain is invented there.

Though the situation around the site is being read politely in a residential area in an urban area, it's important to produce relationship in moderate territory with neighborhood. I think that is the essence would take some casual daily time something abundant. 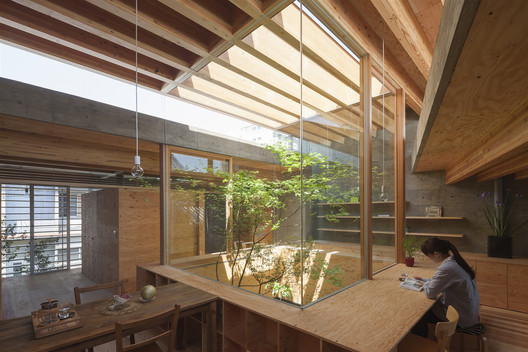