Text description provided by the architects. Storyline Studio’s (previously Norsk Film) has been in the same location since the beginning of Norwegian film industry in 1935. This project is for a new facility in the center of Oslo that gives proximity and ease of access to film, TV and commercial productions in the center of the city.

The site is a 1000m2 interior of a former storage facility with 5-meter ceilings. The program consists of a check out area, a reference cinema, optics lab and office space, in addition to a social area with connection to a river outside. We have always been very interested in both the theatrics and the precision spaces for production elicit, so the idea of this project for the camera department of Storyline was to reverse the role of who is in front and back of the camera, creating a stage for the camera crews to work on.

The project aims to clarify the large open situation by dividing the room in half. Half being camera check out and half being the program we add. This maintains the potential of the large room for flexible use and gives an efficient and safe area for the daily work. The structure is a clearly expressed steel structure with various degrees of transparencies of the materials filled in. The structure is unpainted bolted I-beam profiles that was assembled quickly on site, enabling the project to come together from first sketch to completion in 5 months.

As to not disturb the calibration of the cameras the palette had to be mainly white. Also to give a sense of lightness for the workers, who are used to working in these semi-industrial and enclosed spaces. However, we used bright colors behind the frosted pvc panels and in the ceiling of different work areas to mark different zones and play with the theatrics of the space -very much like one would in a stage. 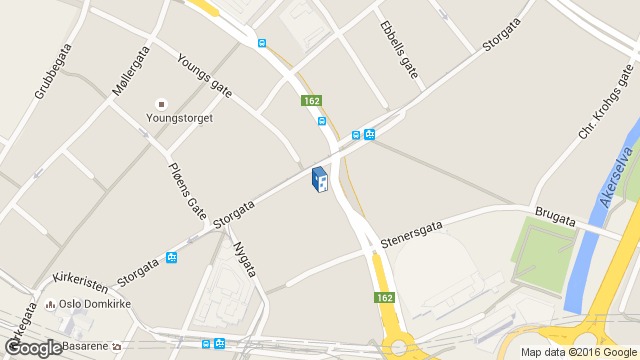 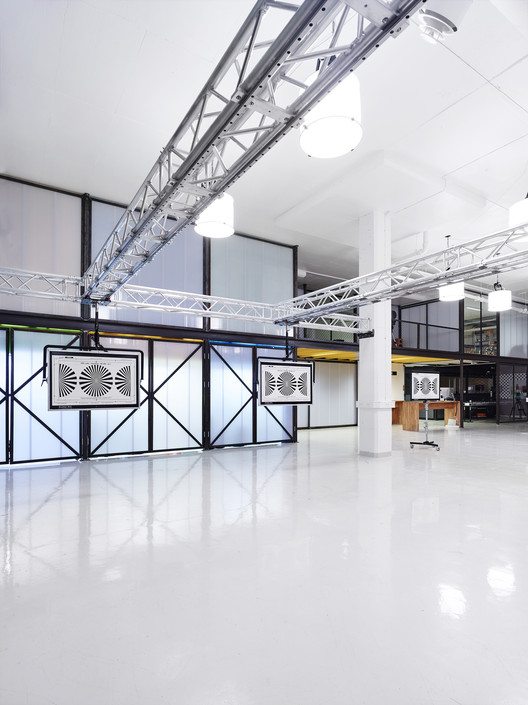 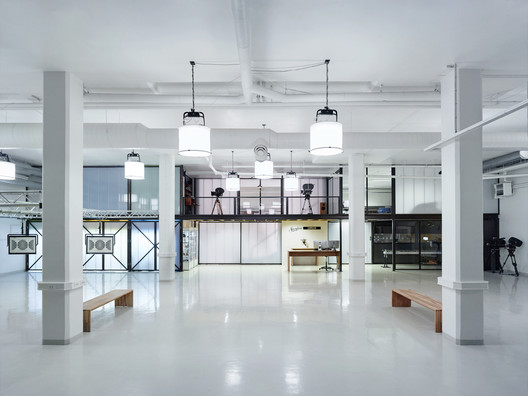 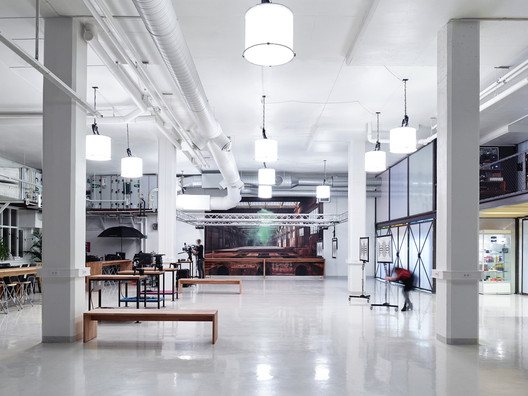