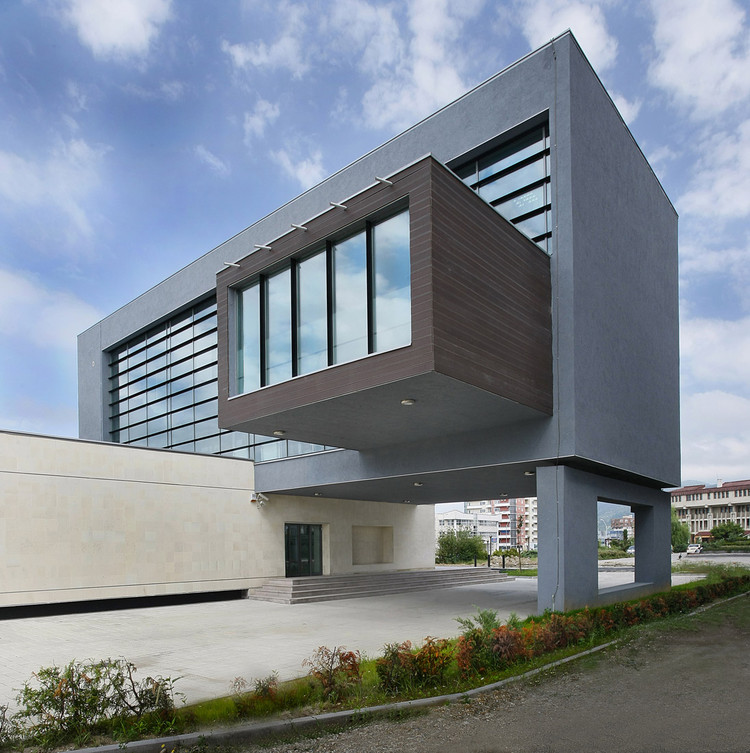 Text description provided by the architects. The new office of San Paolo Bank in Baia Mare is located on the Unirii Boulevard, line connecting the new center with the south entrance of the city and featuring newly built buildings, as well as currently under construction ones. The area has no unitary structure due to the lack of an existing consistent building body, on one hand and, on the other hand due to the failure to observe unitary regulations for the already built constructions.

Despite the fact that the building does not propose a new function in the context, it brings unusual urbanistic and formal coherence. The proposed scale contradicts the trend of forcing the height and the land take, risking to become a rule in urban areas facing densification. The unit is withdrawn from the street line, becoming the background for an expanding public area.

The structure is fairly simple, extracting its power from the tension between two main volumes, a basic one, covered with stone, and a second one, partially supported by the first and suspended, processed more easily, with glass and plastered areas. The consequential image is dual, the two bodies conveying the robustness of the program, as well the fineness of an insertion in a stressed context. The reference of the bow window interpreted in contemporary manner is materialized in the console of the meeting hall from the back façade, and its volume strengthens the tension brought by the lack of bearing points, becoming the pendant of the robustness of the unit covered by stone.

The design highlights the specificity of the program, as well as the artless of the insertion in the outdoor, public, semi-public or private area. 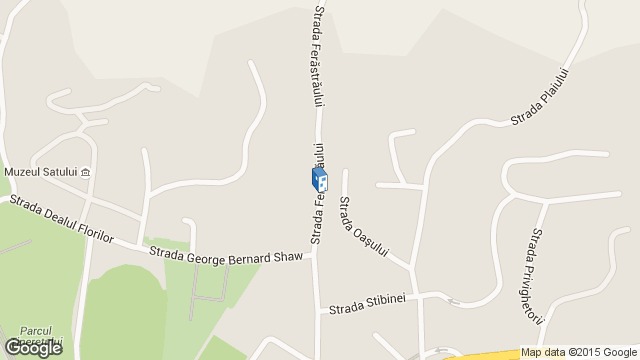