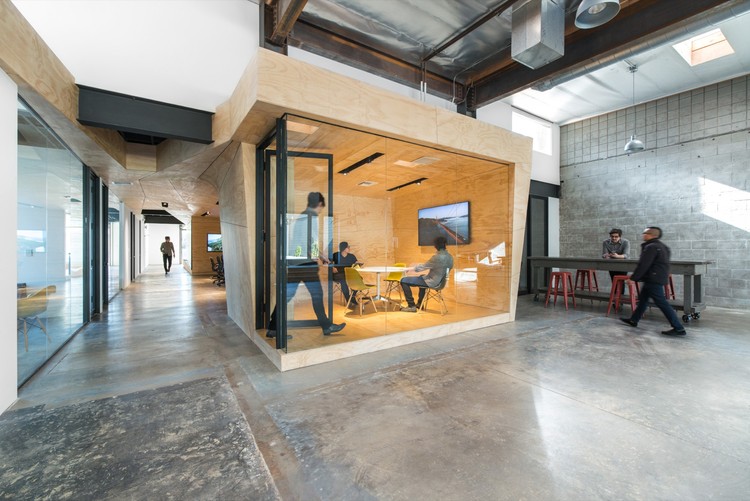 Text description provided by the architects. The project VIL is an interior build-out in an existing warehouse for the Los Angeles headquarters of the content and production agency Conscious Minds. A main architectural feature is a continuous surface sheet forming an articulated ceiling and simultaneously folding around two conference spaces. The digital surface manipulation follows in part pragmatic stipulations but also creates a divided two-material sheet that appears to artificially tear at the seams to allow glimpses into the otherwise enclosed conference rooms.

From the beginning, an emphasis was put on creating an interior for multiple uses and purposes since as a content and production provider, the client requested a highly flexible space that allows staging scenarios and different team configurations for their client-base. At the same time it was suggested to establish a contemporary architectural leitmotif that allows distinguishing the studio from common open floor plan warehouse offices.

The friction between program and existing space became the main driver of the architectural design. Two new conference spaces, strategically placed in the lower open space portion of the warehouse, inflate a surface, acting as embedded objects in a continuous single skin-surface. This object vs. object dialogue also initiates the shredding of the silhouetting skin in multiple locations allowing some fragments of the rupture to fold back into the programmed spaces offering opportunities for apertures.

Private offices are facing the main open workspaces that are defined by the two conference spaces on both ends. Simultaneously, a main conference space forms the lobby space with an unfolding lounge component.  A large two-story space serves as a main staging area with various social amenities such as kitchen, bar, library and wall-to-wall spanning steps that either serve as seating or connection to the outdoor via a 24ft wide sliding door, giving a maximum degree of flexibility to this space.

Materially the project retains an organic, natural appearance, dominated by the use of raw plywood sheets. However, the material attitude is purposefully ambiguous, allowing the material to perform occasionally as soft corners or as hard edges. The material split follows the linear rupture along the main direction of the space allowing the plywood to enter a formal dialogue with the white drywall.

A visual, graphic narrative emerges from the contrasts of local shape and material conditions throughout the whole interior build-out, thus blending two-dimensional motives with 3-dimensional ones. This leads to additional spatial readings through which an architectural identity for the creative office is suggested and ultimately embraced. 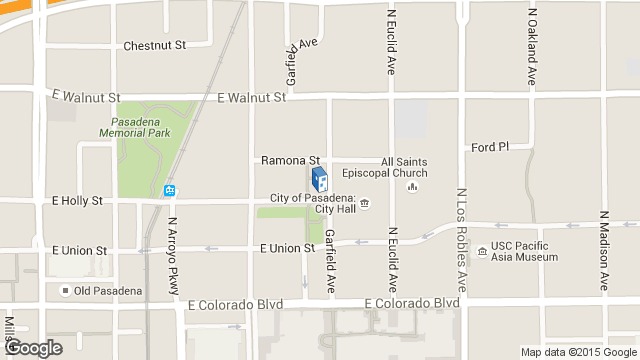 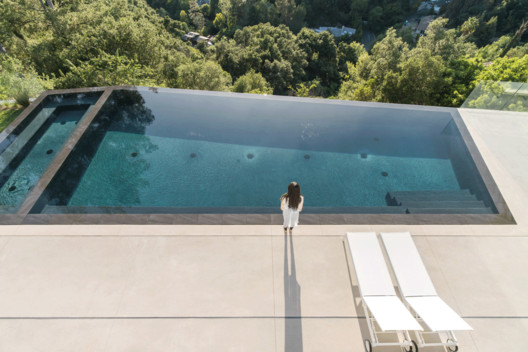