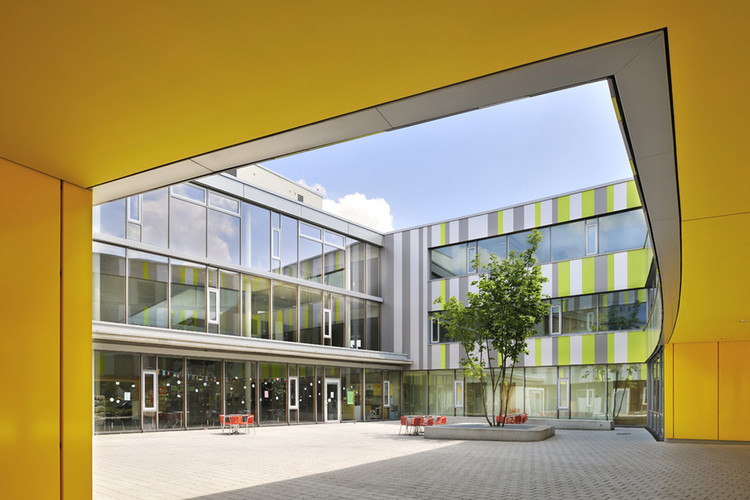 Text description provided by the architects. The green area visible in the historical city map of Laupheim from "Herrenmahd" to "Laubert" and the Rabenstrasse is a very perfect connection between the city downtown and the landscape. This concept of the "connecting Landscape" is the important idea and is defined new in some frames.

The new building for the expansion of the school is places like an island in this landscape. At the place with no traffic between the canteen, the Friedrich-Adler secondary school and the Wieland Special school and the context to the other schools is proposed the new library for Laupheim.

For the expansion of the school is realized  a building which shows a own identity. Because of the open atrium in the ground floor it has a directly relationship to the Gymnasium an the secondary school. The standing-alone place for the new building had also the advantage, that there has been no construction site directly in front of the classrooms.

With the entrance and a central staircase is realized the allotment of the two categories of schools. The typus of the atrium has a  very good clarity and guarantees a perfect orientation. It is a possibility to reach a vital community between teacher and students of the gymnasium and the secondary school. 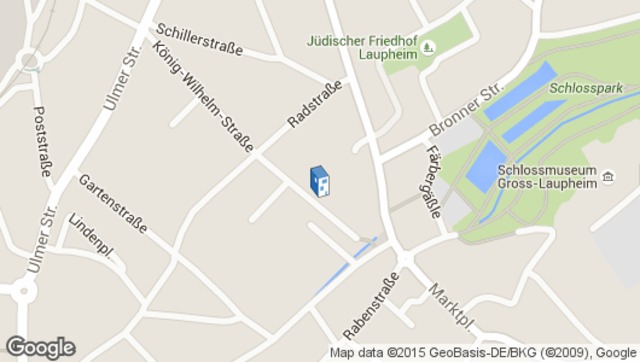 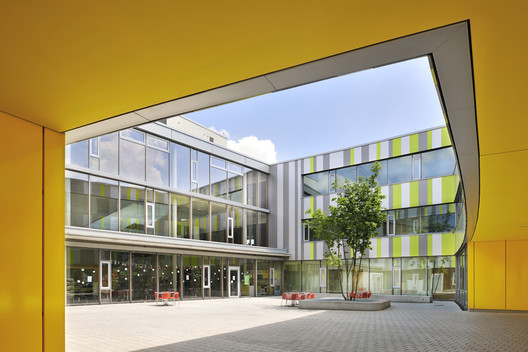