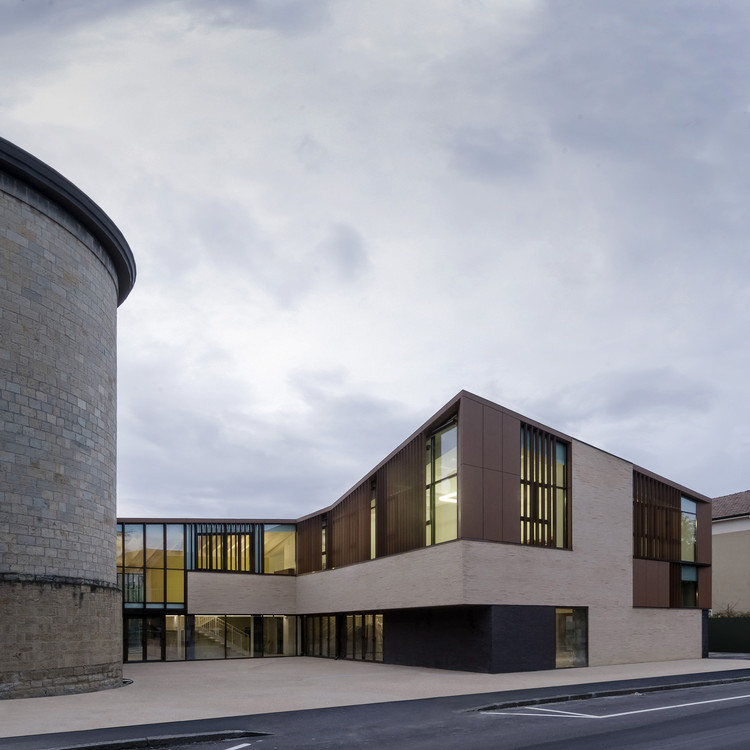 The design is a complete re-thinking of the buildings surrounding the Regina Pacis Church involving the adaptation of the existing parish rectory, the re-arrangement of the external areas and the construction of a new community centre, intended to house a multi-purpose hall, rooms for teaching Catechism and service areas for parish activities generally.

The design of the new parish centre seeks to use the language of architecture to transmit what this new work represents for the local community in Regina Pacis: a construction which is welcoming to the outside, encouraging integration and a meeting of minds.

A Work Grafting the New Onto the Old.

The new centre has been conceived as a work which both replaces and grows into the existing environment. It rises from the foundations of the old Capitol cinema without encroaching on land not previously built on, adopting an approach to the way it is inserted in its environment, its layout, form and the materials from which it will be built, generating resonances with its local context. This is in fact in stark contrast with the previous structure which stood alone and autonomous, entirely unresponsive to its surroundings.

The empty space at the centre.

The primary aim of the Centre is the establishment of a courtyard to separate the apse of the church and the new building, an open, filtering space, creating a separation which accords due weight to the apse, treating it with respect. It also provides direct access to the meeting place and functions as an area for play and an external space to relax from the activities held in the multi-purpose hall. It is in the shape of a kind of church square, open to the street but protected, to be both defined and embraced by the new extension.

The empty space is thus incorporated in the new complex as a place well-suited for community activities and hence a focal point for the architecture also designed for their use.

A Building in Movement Between Material Mass and Lightnes.

The new building is unmistakably an initiative of contemporary culture, designed to establish a close dialogue between the church and the parish rectory, projecting a unitary view of the whole complex.

It is a construction which rises to the religious theme, maintaining the decorum natural to the setting but it is also important for it to contain characteristics of “domesticity”, a sense of welcome, a familial setting. The character of this new structure is an attempt to find a point of equilibrium between these two poles.

The final design is of a massive-walled building, almost severe in its effect, based on essential but sensitive geometries such as those seen in its connection with the rectory, the rising roof and curves which give grace to the embrace of the central court as well as generating a small portico area. The choice of materials (the main structure in thin light-coloured hollow bricks with wide mortaring of the same ochre-earth colour) takes up the chromatic tones of the church, although the overall texture is more uniform and vibrant.

The severity of the complex is mitigated by the interplay of materials and inserts, while the extensive stretches of glass walls provide a symbol of the new parish centre’s openness and welcome to the outside in addition to providing highly luminous interiors.

Open Spaces for the Community.

The new building is on two levels with a lower adjoining body mediating and connecting with the parish rectory. The entrance hall rises to two different heights and connects spaces at different levels, ensuring a perfect functional integration between the new building with the areas already in use, creating a diagonal, dynamic and moving space, available to be re-invented and used with imagination, particularly by the many children animating the parish life.

The multi-purpose hall has enough seating for up to 150 people and is equipped to host events, suppers or theatrical entertainment. The first floor, arranged at two levels, contains the eight large rooms for meetings and teaching catechism.

A Different Idea of Sustainability.

The new centre will be built in replacement of an existing building. The design is wedded to the idea of a town which regenerates internally, renewing itself without taking up new, undeveloped land. With regard to reducing consumption and energy saving, the building will have an extremely well insulated external shell. The extensive glass walls will be screened by a system of protection against the sun and external rolling curtains. The new centre will be connected with the local district heating system and uses under-floor heating for all interior environments.

The idea of “sustainability” is taken further though. In parallel to the greatest possible attention given to the question of environmental sustainability of the complex, the design also seeks to affirm architecture’s aesthetic and social responsibility to the context in which it is to be built, respect for the place and its characteristics, establishing a use which is able to involve the whole community and anticipate its evolution. 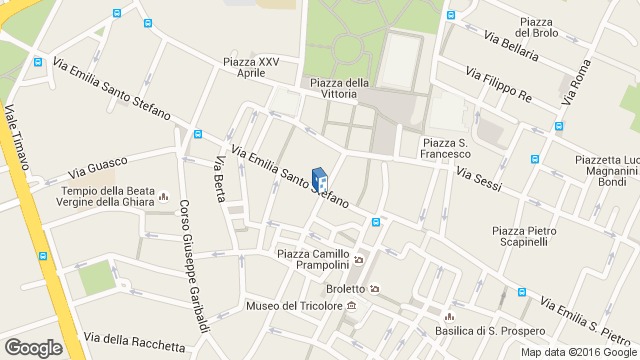 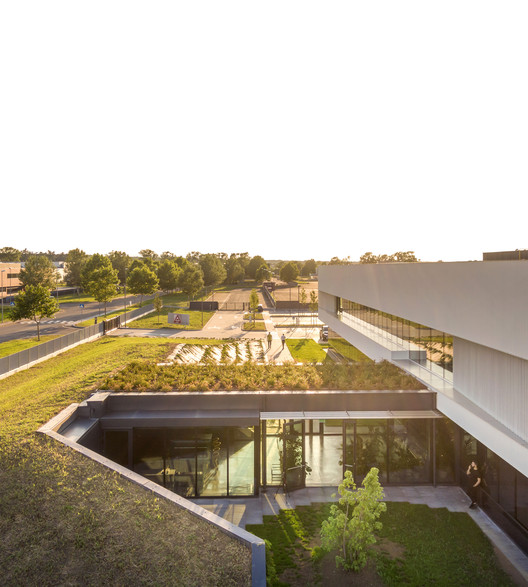