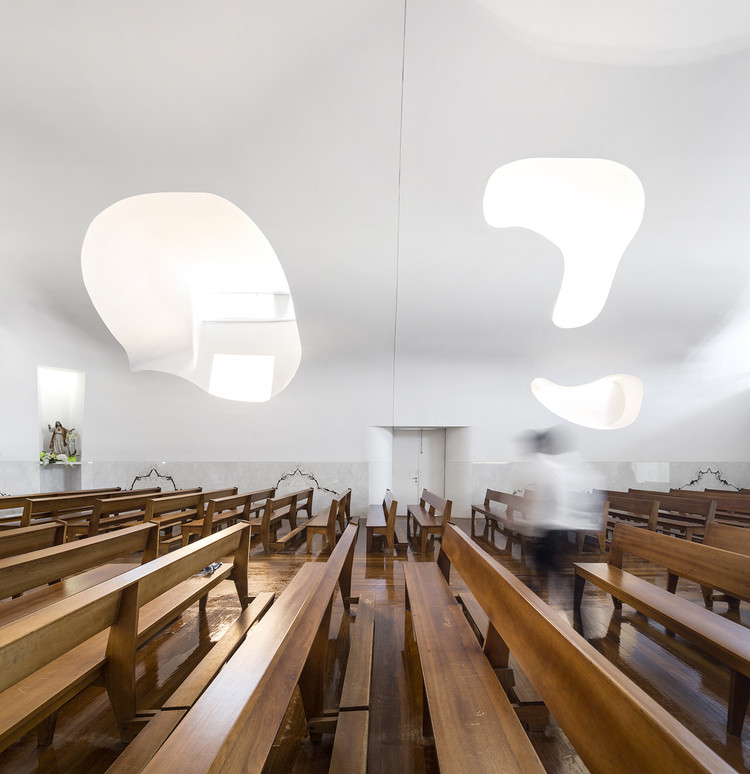 Text description provided by the architects. It was proposed to the studio FCC architecture, the interior renovation of an existing Catholic church in Felgueiras, Portugal.

"It was sculpted a space inside the existing building, such as a capsule that turns off from the outside world ... that makes us look beyond what we see, that causes us to stop and feel"

The old church, built by the hands of the people for more than 30 years ago has been recovered, making it more functional, modern and wide, improving the acoustics and the comfort of space. It was intended to build a new church within the old.

The church holds 500 people in a single body. The first drawing outline is engraved on the door and portrays “the mountain as a place of the manifestation of God”, and this sentence also summarizes the whole project and is reflected to the cuts and shapes that define the intervention. The inside of the church alludes to the mountains, present in the Bible as meeting places with the divine.

The form was developed to take shape and life, responding to the challenge of a vital structure of an organism. A kind of building, or form, which takes shelter within the existing building. Corrugated roof of a new skin in the inside, allowing the entry of light through many holes with unshaped form, reminiscent of water droplets.

The entire construction was developed in plasterboard, which rests on a base in estremoz marble, coating with stone, the lower level of the walls, appearing in a symmetric form. The altar, the baptismal font, and the cross of Christ, were made by the sculptor Paulo Neves, who carved fingerprints in the pieces, giving a mystical identity to the space, the same way that invites reflection and meditation by reference to the spirals, which are always present in his work. 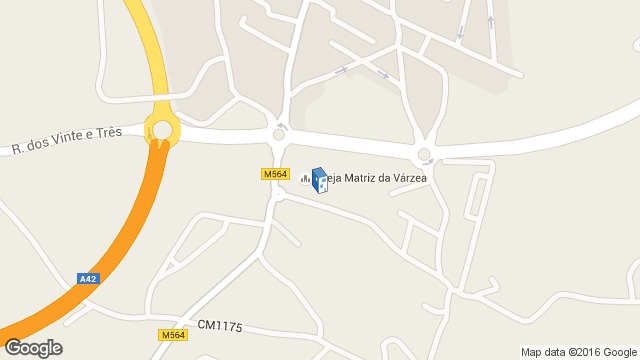 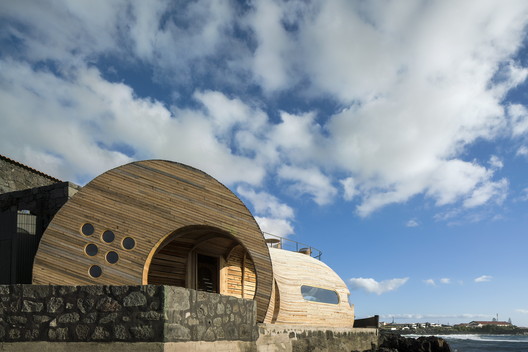 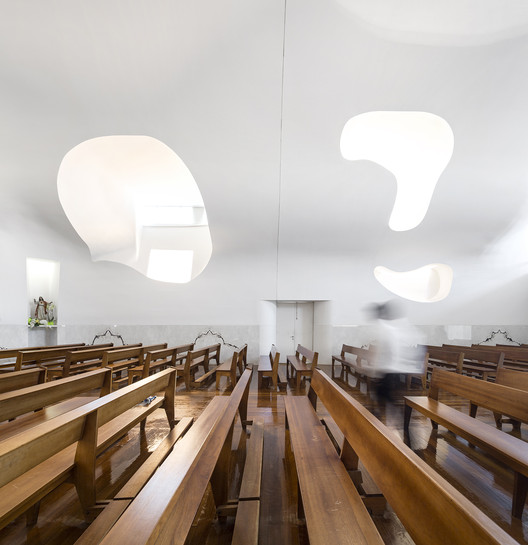