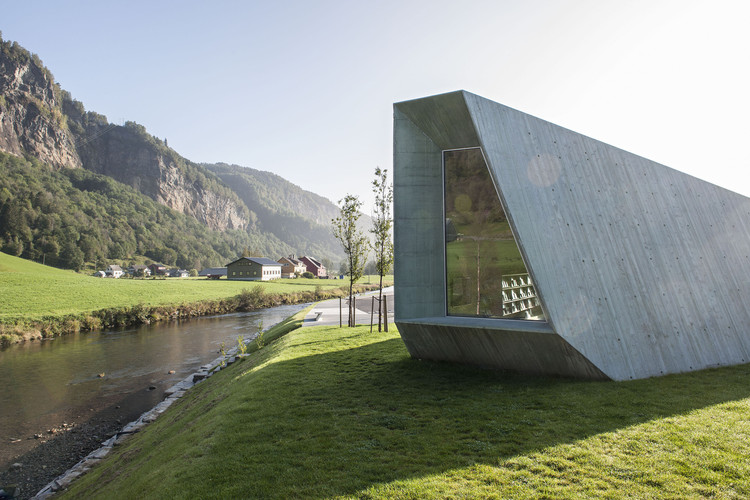 Text description provided by the architects. The Norwegian Public Roads Administration has been commissioned by the Norwegian Parliament and Government to develop the National Tourist Routes, consisting of 18 selected stretches of a road passing through Norway's beautiful and varied landscape. The objective is to turn Norway into a more attractive destination for tourists, by enhancing the experience of the magnificent natural scenery with bold architecture.

Jarmund / Vigsnæs Architects was commissioned to develop the destination at Steinsdalsfossen, Hardanger. Lush green vegetation, waterfalls, mountains, and glaciers have in the area attracted tourists for more than a hundred years.

The project consists of a parking area with a tourist information center and a restroom facility in addition to a footpath leading to the main attraction: Steinsdalsfossen waterfall.

A slanted concrete wall was introduced to mediate the difference in levels between the road and the parking area. This wall becomes the spine of the project as it follows the curve of the road on one hand while being the backbone for the buildings on the other.

The toilet and tourist information buildings are sculpted concrete volumes physically connected to the wall through covered outdoor spaces. As the volumes gradually separate away from the wall, twisting and pointing towards the waterfall, they are reflecting at the same time the movement of the road as well as the static view of the waterfall.

Concrete is the main material of the project. In situ concrete allowed the sculpted building volumes to be constructed in a way that does not differentiate between walls and the roofs, giving the project a cohesive form. Furthermore, the concrete was given a pigment-containing chromium-dioxide, resulting in a green surface.

This green color links the building to the landscape, which is dominated by green fields and vegetation as well as the almost fluorescent green color of the river and waterfall in the springtime. The concrete molds were made of coarse planks to give the volumes a rough and uniform texture on the outside of the walls and roofs. However, the ceilings and walls facing covered areas are given a smooth surface.

The pedestrian areas around the rest-area and tourist information, as well as the footpath leading to and behind the waterfall, are made of brushed gray concrete with angular shapes. The grey concrete is framed and subdivided by strips of corten steel.

The project aims to deliver not only a practical break from life on the road but also a dramatic experience of nature where architecture enables new ways of seeing the landscape. 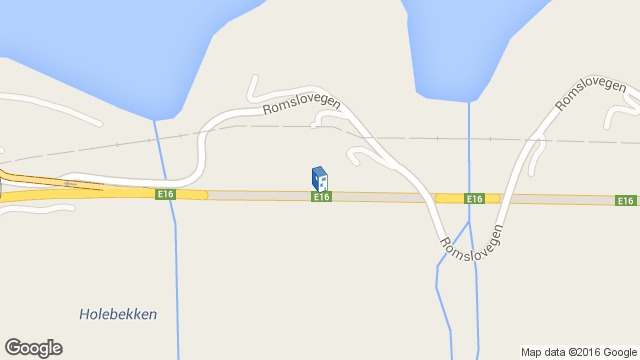 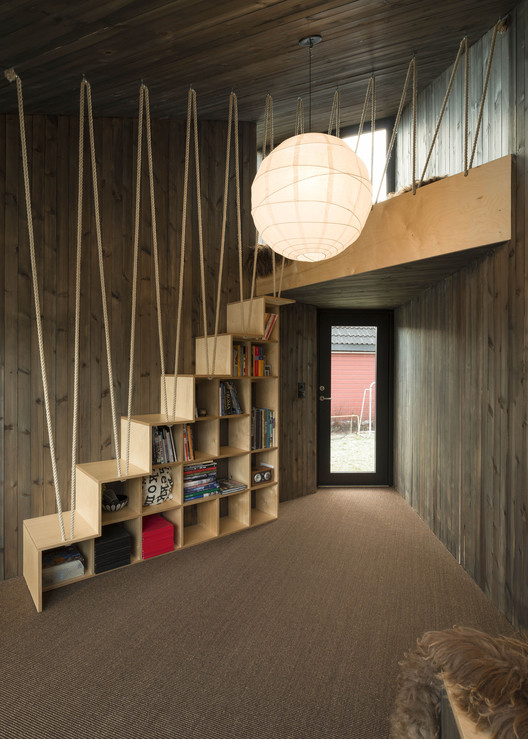 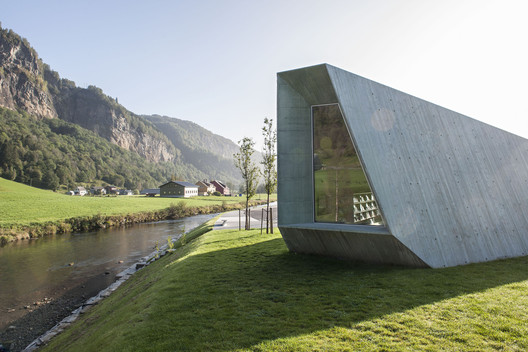