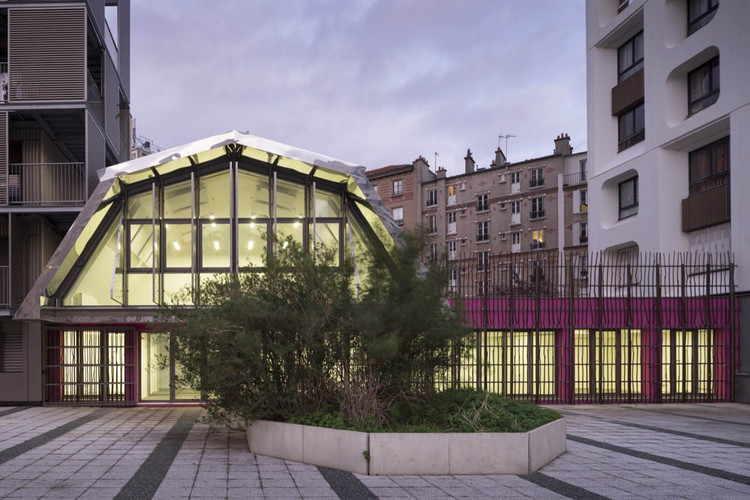 Text description provided by the architects. In its context, the transformation of Square Vitruve’s former commercial site in the 20th arrondissement of Paris in the community center could be a textbook case. Situated on a slab covering three storeys of parking at the foot of an 85m high tower, this building of only 322m2 SHON is also contiguous to a block of apartments 60m long. In other words, this scheme resides within an enclave.

By throwing himself into the project architect Bruno Rollet, laureate of the consolation conducted by the social-housing landlord France Habitation, inherited major constraints. They are connected to the slab’s urbanism from the 1970s which characterise Saint Blaise, one of the most dense Parisian neighbourhoods (78% social housing over 4 hectares). 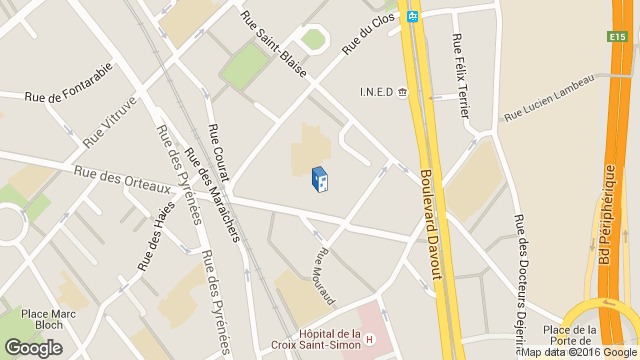