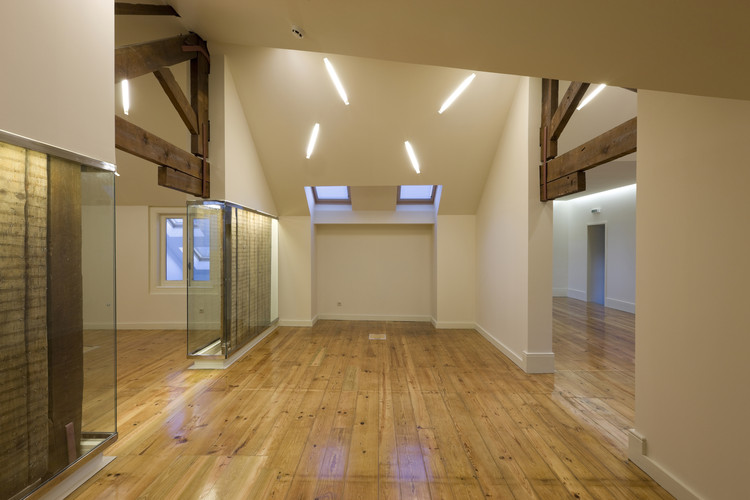 Text description provided by the architects. The building with 3 stories, it’s and edification from the late 19th century, early 20th century. Suffered normal degradation as a result of non- structural modifications along the various occupations that had.

The upper floors were vacant but the ground floor was still operational with a commercial occupation.

The intervention intended to recover those upper levels given the new program proposed by the owner and taking in consideration the costs control.

The space planned for offices required a dimensional and functional freedom without compromising future allocations.

A thorough analysis of the existing guided the work to recover characteristic elements, representatives of space and time, introducing new elements with contemporary comfort and language. The intention was to create a dialogue between the different times, aesthetic values, building techniques and functionality while clearly mark the new moment of intervention.

The decorative plaster details from the lobby ceiling were valued with the introduction of indirect lighting through the new plasterboard ceiling, slightly away under the existing skylight.

All spaces have been reorganized and treated, especially the inner courtyard on the 1st floor, in which was built a metal structure with deck becoming a large and functional space, valued with the overhead light.

The spaces benefited, in general, of color change and punctual application of new materials giving them greater environmental contemporaneity. The most significant changes were made in the 2nd floor, the most degraded space and with less apparent functionality.

Technically it was necessary to resort to the application of plasterboard walls and ceilings combining this new material with original elements. The intention was to leave the memory of the ancient building techniques and materials in small glass areas that resulted in striking elements in space.

Our effort was to seek a new identity for this space without losing the existence of the past we found. 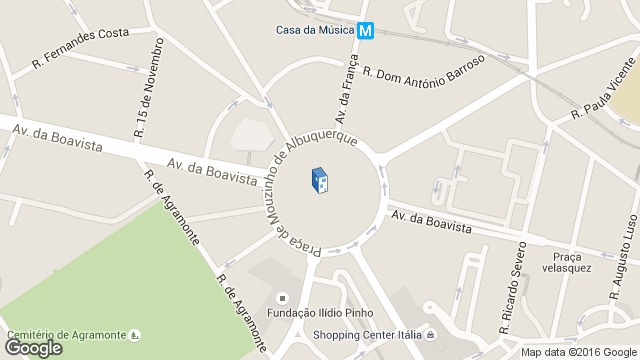