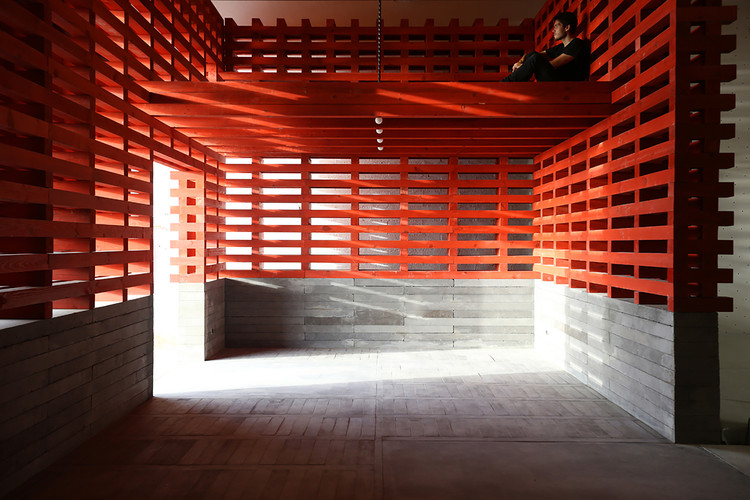 Text description provided by the architects. Located in Lisbon, VERTIGO was born in particularly complex context due to the physical reality where it belongs,the different functional needs, but specially due to the Portuguese economical situation. This is an area that intends to host a small cafe but also a reception to a sports center as well as a small shop to sell equipment and an informal lounge area. Perhaps a possible answer to such different specific needs is to not consider them in a strict and literal sense. When form follows the structure, the action can simply appear and the real use becomes unpredictable.

We could understand Architecture as a key force of mediation. And it's also under this definition that it can exist as material and immaterial reality at the same time. As a physical structure, static, as well as an happening, volatile.

The project is located within a large industrial warehouse just on the riverfront of Lisbon and will receive an indoor climbing center. Because of this, the pavilion that hosts the café must be assumed as a transitional filter between the outer reality of the city and the inner world of the sports, keeping a direct relation with both. VERTIGOanswers to this but it appears also as as position towards the abandoned industrial structures located in this area of the city and that once admitted the replacement of the man by the machine.

The structure is built by a basement of precast handmade concrete pieces, and a wooden structure made out of handmade cut pieces, yet through a repetitive process, in series, industrial. Can the contradiction exist in Architecture without it becoming formally evident?

The construction process follows the same logic and is done manually, accepting the imperfections and the specific circumstances of an open work that enriches the gap between project and construction. The red color that is softly applied to the wooden structure corresponds to a symbolic nature which could be read in overlapping meanings, evident in a particular way in their relationship with the cranes and containers located by the river, as well as the oldest river bridge of Lisbon or even the other industrial structures that have a strong presence in this area.

The ambiguity of the real color explores this and other different relations and its given by the variation of the sunlight during the day by changing definitely the perception of the space and his environment. The using of the black metal elements inside belongs also to this symbolic but fragmented memory of the industrial period in Lisbon during the nineteenth century.

The whole project is generated from the small scale by overlapping wooden pieces which allows a direct relationship of the whole to the parts, and the parts among themselves and to the whole. The use of national pinewood and its repetitive and elemental construction allows the active participation of several hands, which exponentially reduces the total cost of the building and at the same time explores a mutual identity and a deeper relationship between the  built space and people.

VERTIGO Pavilion has a rectangular floor plan of 12 by 5 meters and is developed on two levels creating covered areas, upper spaces and open places where you can feel the  height of the existing warehouse. It is intended that the physical experience of the building can emphasize the pre-existing architectural features using elemental architectonical tools: the entry is made by a large and low door trough a tensioned space, while the way out is made through a high and narrow opening which monumentalizes the climbing area and simultaneously becomes an privileged window from the upper spaces.

The internal structure of the pavilion is confronted by the soft outside adaptations that reveals the unstable relationship of the original warehouse as well as the climbing walls themselves. We could say that there is a reciprocal relationship in the search for the equilibrium.

The scale of the project appears to be somehow uncertain due to the use of massive pieces of wood, overlapped perpendicularly in order to allow the visual relationships. Thus there is an austere character that contrasts with a transparent image creating a slight contradiction between the visible image and the physical experience.

These wooden pieces are strictly aligned in the inner surfaces, in order to give a certain calmness inside, while they are misaligned in the whole of the outer surfaces which repeats in a not imposing neither evident manner some of the main patterns of the climbing areas. Therefore the space is just creating the possibility of an action assuming that all Architecture has an implicit performative character. The act becomes definitely unpredictable with the construction of this possibility and it lives independently if that happens or not. 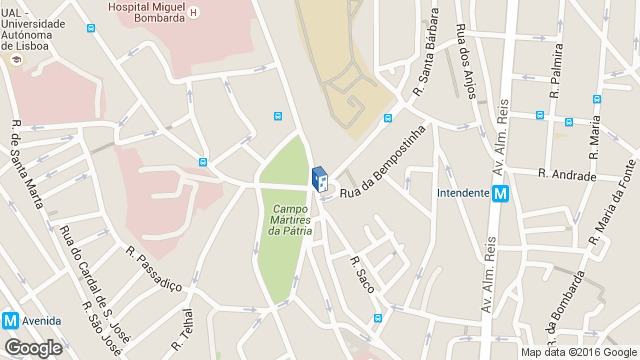 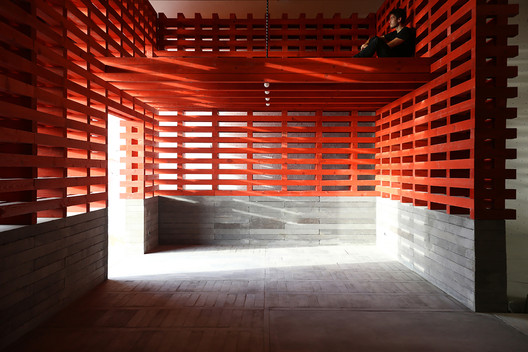