Save
LSR113 / Ayutt and Associates design 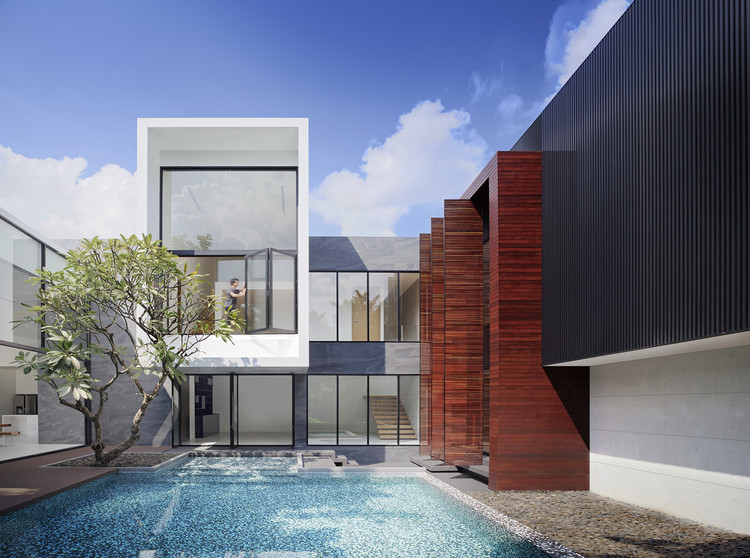 “We are not saying that This house is 100 percent Thai, But at least it’s a try” LSR113 is situated on Bangna road, Samuthprakarn, Thailand, on the lakefront plot of private housing property known as ‘Lakeside villa’. The house is built as one-family house which provided a flexibility to be expanded into multi-family for the future.

The briefs that designer received from the client was for functional spaces like any normal house, though what they really liked were square, modern style house, but they asked that it should not be hot inside and has to suit with Thai Climate.

Even though the usable space of the land is limited, but the client still wants a large greenery area to enjoy, as well as a modern house with sun shades and rain protections. This is the most challenge part for the designer, who has to configure the modern language of architecture in a way that would suit the hot and humid climate of Thailand.

The architectural language of LSR113 is inspired by the traditional Thai house layout and space. The ground floor is arranged as a Thai traditional house design with a central courtyard that functions as a feature foyer and distributor before accessing to the main living space or other space.

The first challenge is the relatively small site in a shape close to a rectangle, with its narrow sides facing West and East. Spreading the required functional spaces over one floor would fill up the whole site, meaning there would be no open spaces and poor ventilation, the designer thus made a two and half story house, with the building mass placed along the Northern perimeter of the site, in order to open up as much space as possible on the Southern side for a garden, pool and lake view.

Heat and rain form the basic problem faced by buildings in this region, and are therefore crucial to the design. While this house does not have traditional long roof or large overhanging eaves such as usually found in tropical regions, nevertheless the upper volume overhangs the lower one, in effect acting as rain and sun protection for the ground floor, as well as effecting a play of shadow, adding depth to the facades.

The second challenge is behind the guise of modernism, lies designer’s intention to create Thai spaces out of modern architectural vocabulary, to reconcile the demands of the climate with those of the contemporary Thai lifestyle. On the whole, this house is the result of trying to answer age-old questions with designer’s own new formulas.

The interest lies in the fact that designer challenges the established routine and experimented for other answers, even if the result is not the most perfect one, but at the least LSR113 house has its own answer, born out of its own search, without recourse to those well-established norms.

All materials used in this house are thoroughly modern: off-form concrete, metal, glass and aluminium. The structural elements are made of reinforced concrete while the roof on the top floor is made from metal sheets filled with heat and acoustic insulation.

For the ground floor, the flat concrete roof has a layer of gravel to prevent heat from entering the building. The brick plaster walls are punctuated by areas of glazing with the exterior facades mostly rendered in white to reflect the heat. To incorporate a modern feeling to the house design, designer installs customized Metalic-Black Aluminum Extrusion Strip vertically on the wall of the master bedroom.

The strips make the house look like a feature box floating on the off-form concrete sheet below.  This Aluminum strips façade is also designed for air buffer insulation to cool down the main bedroom space during the daytime. 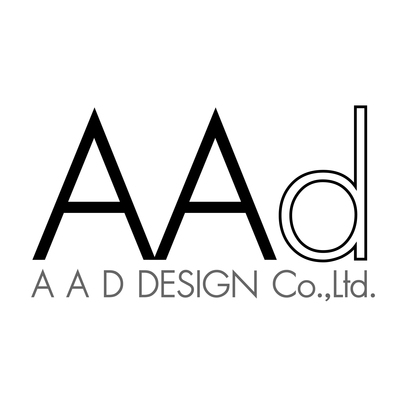 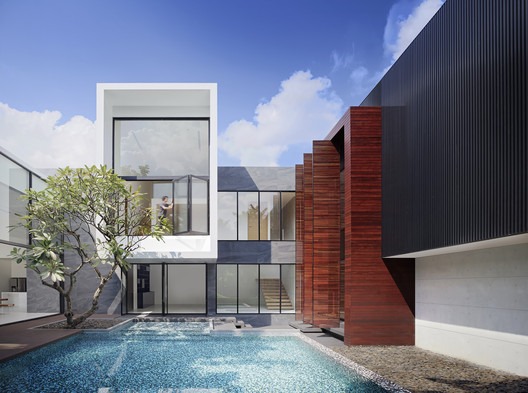