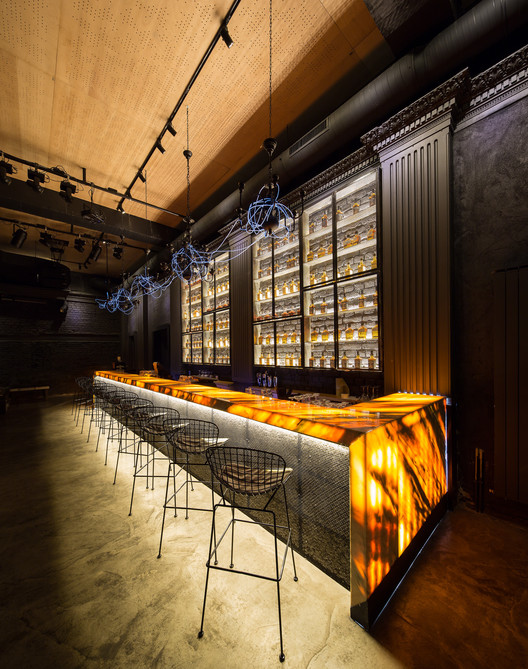 Text description provided by the architects. Located in the historical center of Bucharest, the 19th century house that now hosts the Control Club used to be the famous Berlin restaurant, very popular in the socialist era. Control Club is likely considered, at the moment, the most popular live music club in Bucharest. The project aim for this club was to retrieve the former identity of the space (the Berlin restaurant), using the Berlin Wall as concept.

The concept builds itself up by the use ofdirect and indirectreferences comprised ofsensory stimuli from specific areas, that generate a strainedstate of mind.The “Iron Curtain”,political, military, and ideological barrier that used to divide Germany in two, is symbolised by the steel structure plated with steel mesh.Up on the gangplank, behind the steel mesh, one potentially feels the tension generated by the pressure of the ceilling and the enclosure of the mesh through which the stage is visible. The ambiental tension was also achieved by rotating the volume of the gangplank on the vertical and horizontal axes of the hall. This results in agradual narrowing towards the scene, suggesting the claustrophobic feeling ballanced at the same time by the enlargement of the staircase acces area. The structure becomes tilted towards the center of the hall, generating a controlled imbalance.

We selected as an important material the Rușchița marble, as it was used on the original floor of the space. Instead of placing it on the floor, we chose to use it as the main material for the bar. A dramatic accent was created  by backlighting the Rușchița marble, in contrast with the cold feel of the concrete screed and the steel work. The ceiling and the wall opposite to the scene were covered with perforated birch plywood in order to achieve a proper acoustic treatment specific for concert halls.The walls were stripped to reveal the brick layer, and painted in a suggestive colour grey.The plaster pillars and cornice dating from the comunist era, were kept as a reminder. The use of the original chandeliers of the Berlin restaurant created a dinamic luminous installation while still suggesting the past era.

Control brings history to life, whilst playing with dramatic visuals and creating a theatrical space that is strained and iridescent, suitable fornightlife. 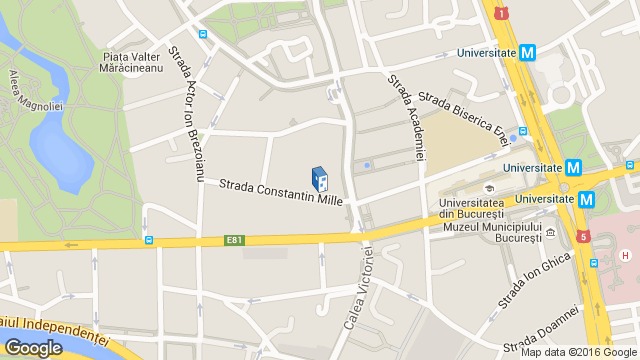