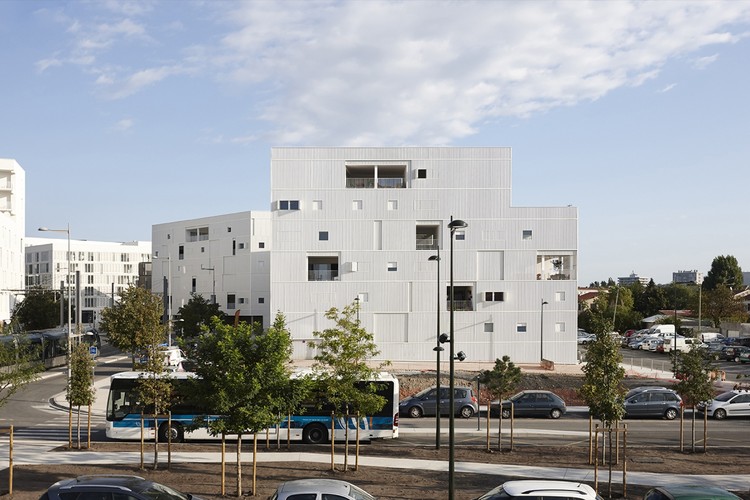 Text description provided by the architects. LAN architecture agency has today announced the completion of “Carré Lumière” in Bègles, suburb of Bordeaux, in South West France. The 79 apartments commissioned by Ataraxia, a property management company, follows the demolition of the previously idle towers of the “Terre Neuve” district. As part of this urban project supervised by the SAEMCIB (Société Anonyme d’Economie Mixte de Construction Immobilière de Bègles) and driven by the local government, the objectives were to “exemplify” community housing with the intention to explore new propositions within the industry. This request was guided by 4 main principles.

1 – Reinvent community housing, or at least consider intermediary forms of habitats that combine the need for privacy with the enjoyment of sociability The “Carré Lumière” has the same qualities as a single-family home (the sense of privacy, individual exterior spaces, independence, and easily accessible outdoor space) without the disadvantages in terms of environmental impact (stretching networks, visual and atmospheric pollution, excessive consumption of ground).

2 – To enable people to live in a place that can evolve with them Bègles is a semi-unfinished project, it is rather a “form in movement”. It is a malleable envelope that has the potential to double in its size tomorrow, and thus, double its capacity. Each apartment can swap its winter garden for an interior space in order to increase its living area. In response to the growth of a family, inhabitants can add a room within the framework that has already been constructed, and why not, they can always remove it once the kids have left home.

3 – Give an example of “economical sobriety”

Bègles was built at a cost of 1,000 € per m2, a price far below the current price in this region, and double the surface area. This result was possible thanks to the work of streamlining, of control and management budget, of architectural sobriety. The fact that LAN cut out all the middle men also helped simplify the real-estate transactions.

The formalised part, the urban planning requirements, allowed LAN to use a hybrid climatic model that complements the climate in this part of France. The bio-climatic design is halfway between a heavily insulated Nordic model and a Mediterranean patio-style design. It’s based on the principle of variable compactness, which introduces the notion of the housing’s adaptability both on a large scale to rhythm of the seasons and to the minute climate changes on any given day. Everyone has the option to use their outdoor space as a windbreak, a greenhouse, or, to the contrary, as a cooling unit. This is called inter-seasonal architecture.

The two buildings are very distant from the actual standards of housing production: the building is only seven metres in depth, built like a parking lot and ornamented with industrial motifs. Despite some of the radical aspects of this project, it quickly became a fundamental part of the identity of this new district. 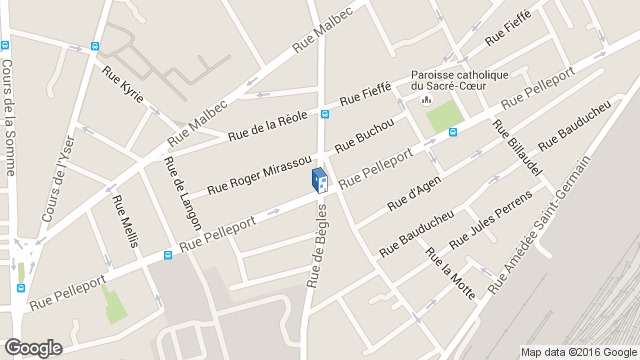 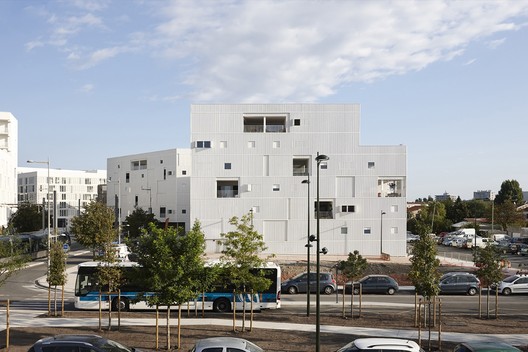