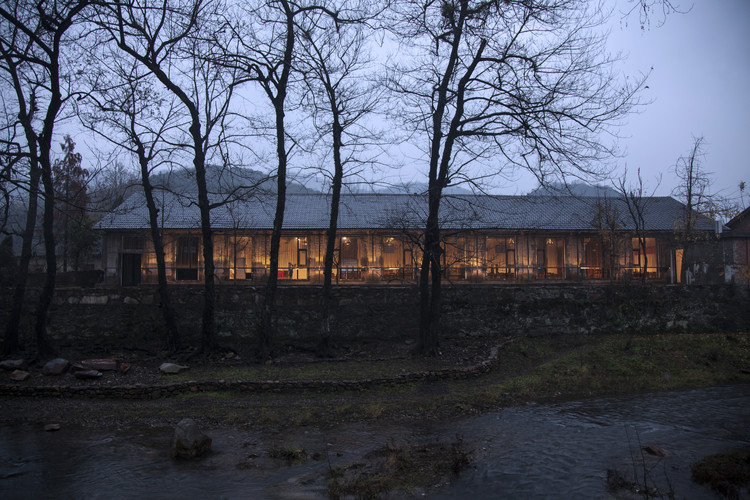 Text description provided by the architects. The site is situated in Xihe Village, an unincorporated village in the mountain area that is 30km from the county town of Xin County, a National Poverty County under the administration of Xinyang City, Henan Province; it is within theDabie Mountain Revolutionary Area. On one hand, the village is rich in natural and cultural landscapes: mountains, ancient dwellings from Qin Dynasty, ancestral temples,old trees, rivers, paddy fields, and bamboo forests…etc. On the other hand, the village suffers from poor accessibility, poor economy, lack of vitality, and a growing tendency of more empty-nesters. Most of the people still living here are left-behind elders, children, and handicapped villagers.

The project site is in the south part of the village, occupying more than 30mu of land. It used to be the place of the Xihe cereals and oil trading centre, a  granary in the 50s. Within the site area, there are five existing buildings that all have double pitched roof s and masonry structures: 2 granaries with big volumes and closed spaces and 3 auxiliary buildings. The buildings are in fine conditions, but are no longer in use.

This is a public welfare design project; the aim is to improve the existing condition of the village through good design. By reconstructing the space and functions of the currently half-abandoned building, the architect not only provides the villagers with a public activity centre, but also implants a new cultural project (a miniature museum that reflects the local agricultural history) and a restaurant to help improve village economy and the villagers’ quality of life.

The project also explored the possibility of low-cost construction in rural area: the project occupies an area of more than 30 mu, with the total building area of 1500m2, among which the museum occupies 420m2, the villagers’ activity centre occupies 680m2, and the restaurant occupies 170m2. The total cost of construction (including part of the equipment and furniture) is around 1.5 million RMB.

Using the existing physical condition of the buildings, the design reorganizes the functions, which not only provides the villagers with a public activity centre, but also at the same time increases cultural and touristic service functions, which include a miniature museum and a speciality restaurant.

The miniature museum is aimed at increasing the village’s publicity and stimulating the village’s economy. By collecting, restoring, and exhibiting local agriculture historical relics (such as oil tanks and other agricultural implements used for the manual manufacture of oil), and through creating a participatory exhibition space, the project provides a cultural fulcrum for the village’s new economy (such as tea oil, and chestnut processing…etc.).

The specialty restaurant and villagers’ activity centre provide possibility for tourist reception and local management (such as meeting and wedding celebration), which would stimulate the village’s economy (after the building was put into use, it has already hosted several activities).

Keeping the original spatial characteristics, the design implements moderate modifications: in the activity centre part, the design utilizes partition walls and  portable furniture to create a big and flexible space; in the miniature museum part, the design shows the exhibits according to local customs and traditional technical processes, which together forms a “real” farming scene.

The design of the facade is differentiated: the interior walls keeps the original flavour and historical information; the exterior walls are reconstructed, using local bamboo as a visual element forsun-shading, to adopt a more transparent and public appearance .

For the restaurant, the exterior walls of the south and north sides are kept, while the two sections one the west side and all the interior walls are dismantled. Borrowing from local visual elements, new transparent gable walls and furniture are designed to give a modern sense to the regional architecture style.

On the East side of the site, according to the environment, a new turning corridor is built to connect the museum on the south side and the building on the north side. This becomes the new boundary of east side of the inner courtyard.

The two sections on the west side of the damaged auxiliary building on the north-west corner of the site are dismantled to form a new platform for exterior activities, which also creates a better view linking the two sides of the river.

The unused area on the north part of the site is cleaned out to create a new exterior platform, creating a more intimate linkage between the site, the ancient buildings on the north side of village, and the riverbank landscape.

The original grain-sunning ground in the middle of the granary is kept; the design reconditions the ground so that it could be used not only for grain-sunning, but also for outdoor gathering.

A new water landscape is design in the original fire pool in the courtyard; together with the persimmon tree on its side, the landscape become both the tallest point in the courtyard and a playground for children.

The pavement and green areas are all reorganized and redesigned using local stone materials and scrap materials from the dismantled building parts (such as bricks and tiles).

Mini-watt LED floodlights and LED strip lights are used for building exterior and landscape to create a tranquil atmosphere; this would give the renovated building a night visage that blends into the environment.

Lamps in the form of hanging baskets are speciallycustomized for this project; these lamps would not only suffice the usage to light up both downward and upward, but are also in shapes that are in accordance with the spatial form.

The project was the winner of the "Social Equality Award" at the 2014 WA Awards for Chinese Architecture. 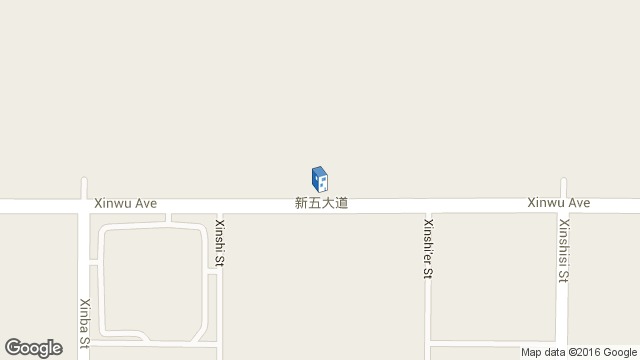 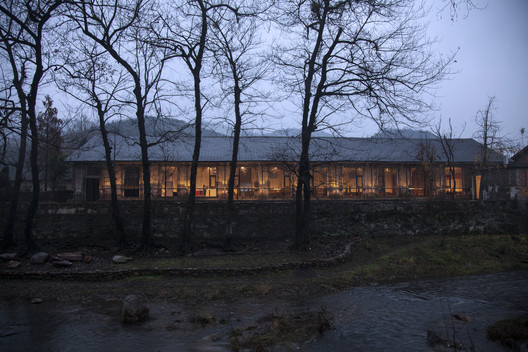