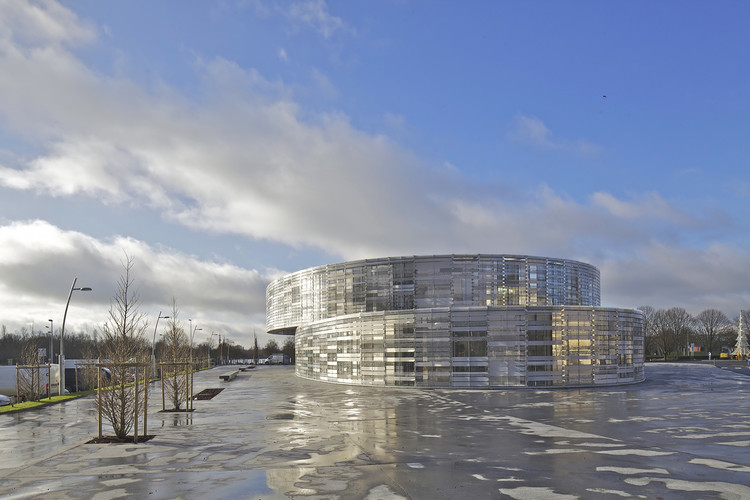 Text description provided by the architects. The place affirms its liberty and appears free from the barely solemn city, only defined by a nick of water and trees who crystalize History on this very site. Nothing stands up to this geographical feature. There, a very vivid and live passage, a bridge, and the beyond — the inner city border, the one of links and connections.

Located East, in the Ferté Bernard, Sartre area, the Jean d’Ormesson media library is set in a dense urban area, at the heart of the city. The 1800m² lot is situated on the edge of the old town and the river that surrounds it.

Opposite of the old town, the outdoor activities center and the main traffic lane gather to galvanize the nearby cycle of ongoing movement. They both break the connection with the large body of water. The Media  library is a delicate object, dramatized within a subtle mist coming from the ground and transforming the forecourt into a large mirror reminding of the surrounding water.

The program emanates from the coming together of two facilities: a games library and the Médiathèque itself. The approach we offer regarding the project’s interaction with its environment is to consider its manifest off-site location on the edge of the old town, and to acknowledge its cultural energy as a means of openness and modernity outwards.

The accumulation of volumes allows to connect the game library and the Médiathèque as parallel universes. The building’s wrapping is rooted in its own purpose,  arrayed with textures, texts and signs, back against reflections and light shades.

Functionalities result in a simple flowing volume, directly connecting the program and compulsory procedures of usage. This approach allows for a coherent integration and homogenous landscaping of the surroundings. The upper floor’s momentum creates a signal, and sheltered point through which one can access to the inside. The relation to pedestrian alleys is strongly emphasized, as their role of of connecting points of passage between neighborhoods is essential.

From the inside, poles are developed into a core design from which users can move in a flexible and smooth movement. Moving around is possible and facilitated, as it can be developed over an outlying design of in a concentring way. Movements are interspersed with reception desks regularly spread to stimulate dialogue over the cultural series offered by the Media library’s team.

The building is a reflection of its environment. It is a direct reaction to the site’s energy flows. The facade builds reflections to vanish behind the frontage. It is spread with signal signs that work as bookmarks. Entirely covered with PMMA plaques and scarcely touched with stainless steal, the frontage plays as a blurred mirror through which we can perceive the depths of stratums.

It stages the direct surroundings as a lively opening toward the game library and the Médiathèque, and protects the inside against heat and glare. Transparent pads of plastic and lean open frames allow for broad direct and numerous views. The Médiathèque’s pull is conveyed by see-through inserts.

Its reflections and direct connection to the city and to the various landscapes nearby link the Mediathèque to its surroundings. Moreover, the reminder of a simile or an incomplete reflection is present throughout the project and acts as a thread that strengthen its cohesion. Little wavy pads contribute to the movement induced by the material, and blur the limit between the design and its own reflection. 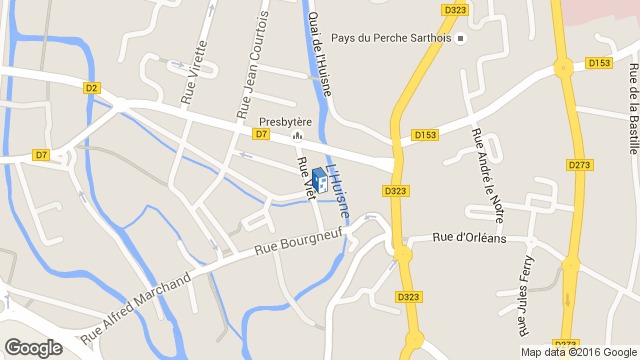 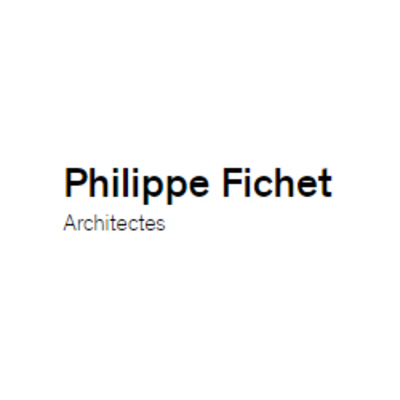 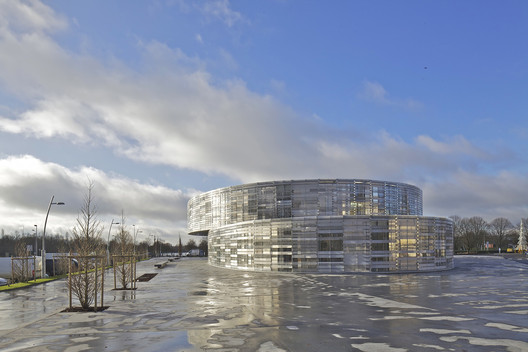