Dubai, home of the Burj Khalifa and a significant number of the 21st century's tallest buildings, is set to match its futuristic skyline with an equally futuristic emergency response service. At the recent Dubai Airshow, the city's Directorate of Civil Defence announced a deal with New Zealand-based Martin Aircraft to bring jetpacks to their firefighting arsenal. Intended to be used in a "first responder role," the jetpacks will give firefighters access to higher locations and be able to navigate the tight spaces between buildings that helicopters can't access.

The deal with Martin Aircraft includes 20 jetpacks and 2 training simulators, as well as the provision of maintenance, support and training. The jetpacks in question are capable of supporting 120 kilograms, and are therefore envisioned as a way to allow firefighters to access difficult-to-reach areas of a building and to carry medical supplies. According to the BBC, Dubai is also testing the feasibility of a "mule train" of unmanned jetpacks, which would follow a piloted jetpack to allow for rescue missions.

"Dubai is one of the fastest growing future cities in the world and with its modern skyscrapers and vast infrastructure it has always been a world leader in adapting new technology to improve and save people’s lives," explained Lt Col Ali Hassan Almutawa, director of the Dubai Civil Defence Operations Department. "The introduction of Martin Jetpacks into our fleet of emergency response vehicles is another example of how Dubai leads the world."

Image of Dubai Skyscrapers via Shutterstock.com 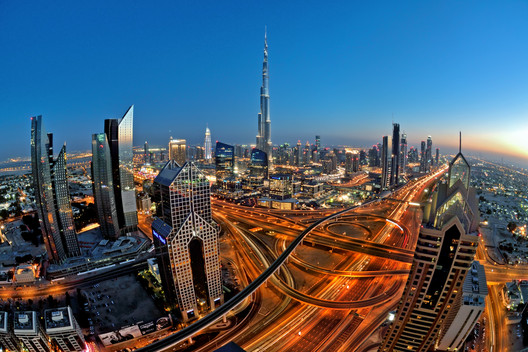