MVRDV, working alongside The Urbanist Collective and LLJ Architects, has been selected in a competition to transform downtown Tainan in Taiwan with their design for new green corridor and urban lagoon connecting the city to its waterfront. Transforming the area of Tainan known as the T-axis, the design will see the city's Haian Road turned into a public park and connected to the city's canal by demolishing the existing China-Town Mall, a commercial structure built alongside the canal in 1983 and described by MVRDV as a "rotten tooth of downtown Tainan." 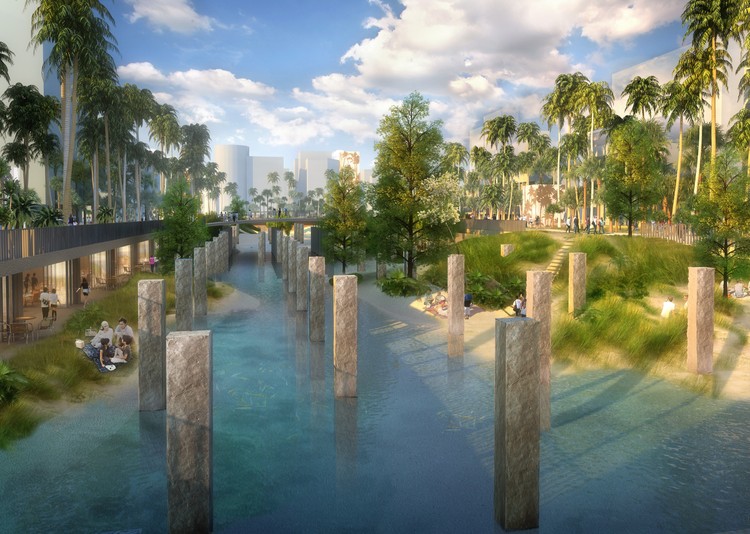 As part of the scheme, Haian road will be largely relieved of vehicular traffic and opened up as a green corridor and public space, a move made possible by new transport nodes being created to the east of the city center. At night time, the road will be closed to traffic entirely, allowing for a lively nightlife to flourish around the small businesses located there. In addition, the area will be made coherent by replacing Haian Road's many different paving types, and structures such as ventilation shafts and elevators will be wrapped in glass to create a unified aesthetic.

The centerpiece of the new design is the new public square and urban lagoon in the former underground parking space of the China-Town Mall. Inspiration for this new public space came from the natural lagoons that existed in Tainan before the expansion of the city, and served as the basis for Tainan's fishing industry.

Retaining some elements of the destroyed Mall's structure, the square will feature dunes and playgrounds and small commercial structures and kiosks selling souvenirs, a tourism info point, a teahouse and a gallery. According to MVRDV's Winy Maas, the "flooded old mall" will be "a poetic lagoon and a hip urban pool: a symbolic act.”

The design is completed by a green corridor and artificial beach along the canal, completing the interventions that connect this waterfront area with Haian Road through a continuous series of green spaces.

Construction is scheduled to begin in autumn 2016. 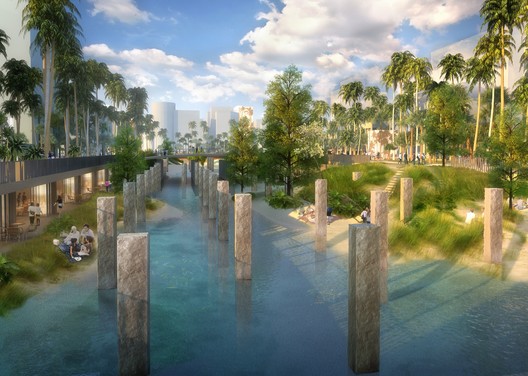