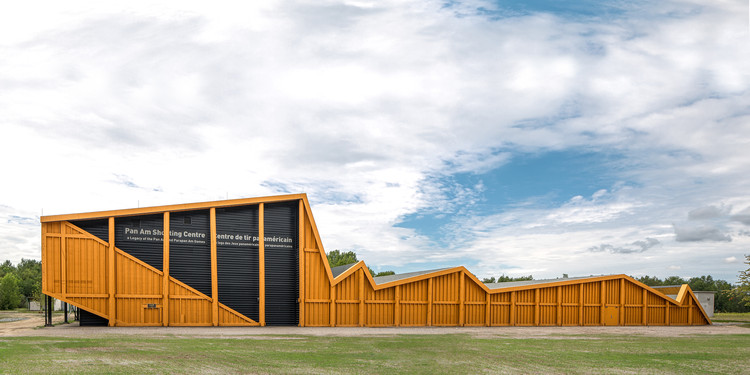 Text description provided by the architects. The Toronto 2015 Pan American Game sport shooting venue designed by magma architecture has successfully hosted the TO 2015 Pan American Games and is now being used as a high performance training facility for Canada’s top pistol, rifle and shotgun athletes. The building is an addition to the Toronto International Trap & Skeet Club in the forest near Cookstown, Ontario, about an hour drive from Toronto.

The jagged upper edge of the outer perimeter wall is reminiscent of the Canadian national emblem: the maple leaf. Behind the form finding for the geometry of the façade lays a firm technical rationale: it was driven by geometrical investigation into all possible ballistic trajectories. Any excess planes not required to contain projectiles were cut away from the façade resulting in the dynamic and distinctive outer appearance of the building and a high efficiency. Martin Ostermann, co-founder of magma architecture, explains: “Our sustainability strategy was to shrink the building fabric to the minimum to reduce the need for material application.”

Two 65 m long façades cover a fully enclosed 10 m shooting range on the top level forming a canopy for the firing line below. On the lower level they screen the combined 25 and 50 m outdoor field of play. To enable high frequency wheelchair accessibility expected for the Para Pan Am Games the ground floor is connected to the first floor by an outdoor ramp. The ranges cover a total area of 5.500 m2.

The façade is constructed from low-priced and widely used H2 utility poles with an Indian summer orange stain. By using regionally sourced materials and locally available construction skills it was possible to match the challengingly slim budget for the project. Minimized use of renewable materials optimized the sustainability of the design. The result is an equally visually striking and technically capable and sustainable building. 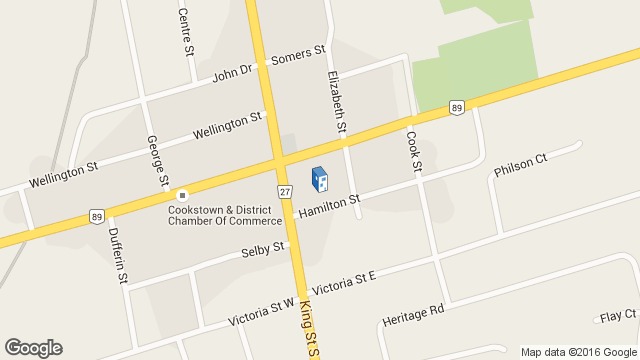