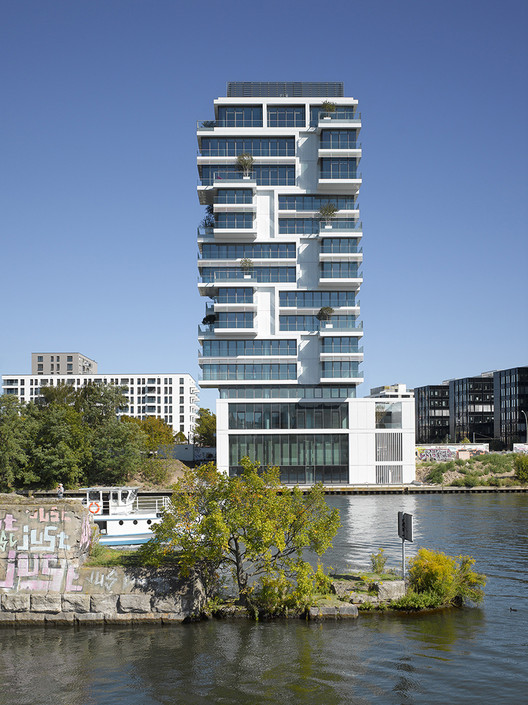 Text description provided by the architects. To live along the Spree.

The area along the river Spree has from the historical point of view not much in common with the open and classic promenades one sees in Paris or Rome. Although in the heart of Berlin, this shore area belonged to the least desirable parts of the city.

In this, what used to be mainly occupied commercial area filled with storage rooms and management properties, one of the darkest chapters of history took place: The destruction of the so called degenerate art during National Socialism. Not until a few years ago did this not accessible, neglected, during DDR regime death strip area began to turn into a liveliest spot in town, not only for Berliners, but also visitors from all over the world.

This multi-storey apartment building became a part of recently immersed extension along the river bank. Due to its location on the bridgehead of the in the Second World War destroyed Brommy-bridge, the white solitaire is directly on the water overlooking the Spree promenade. The building is formed out of white and sculptural elements whose manifold functions appear to be visibly stacked.

With its variation between hollowed volumes and cantilevers, the relief-like details, which can be viewed from all angles, provide a visual attraction. The tower comprises 14 stories on an area of 8,700 square meters and rests on a concrete pedestal. This part of the building consists of metal cladding, whereabouts the façade of the tower is emphasized by its generously glazed surface.

The transition between the public and the private area is rather smooth including a public café at the Spree-promenade. Children playgrounds are located on the roof of the 1st floor as well as on the terrace along the boardwalk. The two-story shaped entrance hall is also used as a gallery.

The project contains 56 spacious apartments of various sizes and 4 commercial units. The rotationally symmetric arrangement allows each apartment to have its own private outdoor area with a view of minimum of two directions. Based on the reinforced concrete skeleton construction, the floor plans are designed variably (54 and 434 square meters) which allow the occupants to change the layout of their apartment to their own preference.

A significant part of the living conditions are the lavishing balconies and terraces. The greened terraces are designed in the tradition of a vertical garden, beginning at the waterside and partially continuing along the tower.

The arrangement of the basement includes domestic service facilities, garbage, bicycle storage room and a warehouse. The development of the structure takes place through a double lift facility – one of them is functioning as a firefighters lift. 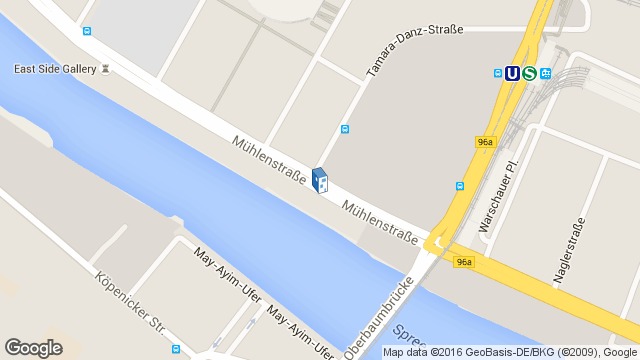