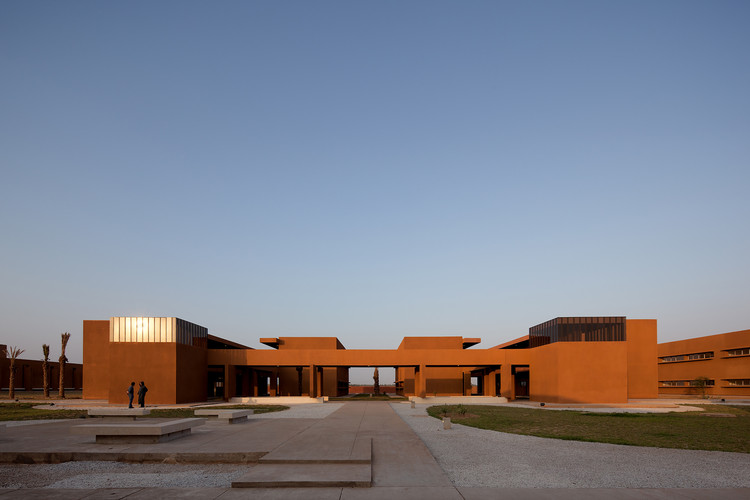 Text description provided by the architects. Secular town with a strong cultural identity, Taroudant's architectural style, full of history, is an expression of the deep Moroccan South.

The Polydisciplinar Faculty of Taroudant is an attempt to reinterpret that heritage through a building that carries a vision for the future. This project therefore draws its inspiration from the land and its manifestations to the senses. This reading tries to avoid the pitfalls of many cliches by keeping from the context only its essence. From the South we retrieve the massiveness, the strength, the clair-obscur and a poetic austerity ...

To that effect, the design relies on a set of architectural and urban principles brought to life through a conception where the inward and the outward interpenetrate, the scales vary and where the user is one with architecture.

The faculty is organized around a central riad (interior garden) on the north-south axis whose northern boundary is a garden of argan trees, giving the user an unmatch view over the Atlas mountains. The various entities are deployed around this riad taking into account the need for proximity, orientation and views.

The latter is organized along an interior street, creating a direct contact with the amphitheaters and allowing the optimization of the administrative staff's traffic. The prioritization of the walkways follows a functional logic and is designed to optimize traffic while reducing acoustic nuisances. Similarly, gateways and corridors create a second level traffic system thus multiplying the views.

The scale of the riad is blurred and diluted by a set of plots of various sizes, and a series of gardens that define different buildings. The architecture is deliberately massive, closed on the east-west direction while open north-south, with an architectural feature allowing natural ventilation and thermal and acoustic comfort.

Low-rise, the buildings are different towers encamped on the ground by strong volumes, opaque, but lightened by a set of gateways and corridors, creating a dynamic space. The architecture reveals itself gradually from the opacity to long and sharp slots and finally to large frames on perspectives, views, or gardens.

The ocher tone of the volumes accentuates the clair-obscur and the impression of both privacy and openness on the outside. The project tries to define its personality in this duality: the user is confronted to different levels of understanding and ownership, from this stems the relationship to the architecture.

The mix of nature and the mineral is studied to reflect the spirit of the place and the surrounding land: beyond the alleys, squares and plazas, the flowing nature intrudes the space and imposes itself. Each building is arranged around open and semi-open patios and gardens creating different worlds, different intimacies, different places in one place...

The greenery is deliberately let to expand out of the geometric pattern to win its freedom, appearing to result from a random nature. These different architectural and landscape arrangements create a variety of environments that enrich the space for the benefit and comfort of the user's senses. 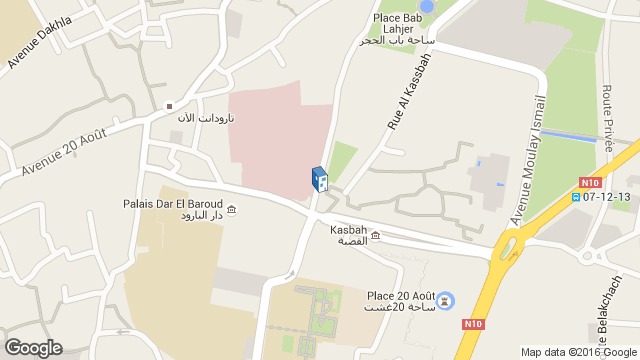 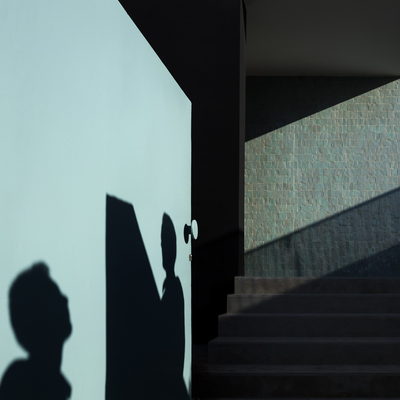 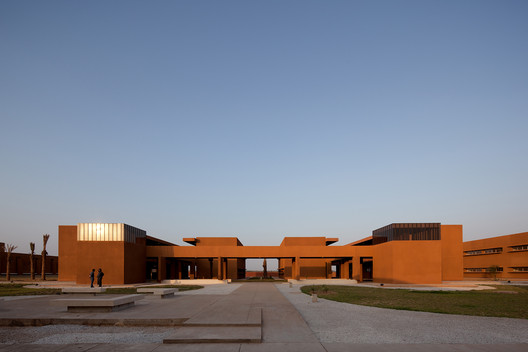