Text description provided by the architects. The Pan American Games are the world's third largest international multi-sport Games - surpassed in size only by the Summer Olympics and the Asian Games. Toronto, Ontario was the host city for the 2015 Games which ran from 10th July – 16th August.

In partnership with the Ontario Tourism Marketing Partnership Corporation (OTMPC), the Government of Ontario commissioned the construction of a Celebration Zone to highlight Ontario’s incredible diversity, culture and heritage during the Games.

The structures are made up of a series of span-wise inflatable arches, interspersed with longitudinal, interconnected ‘pillows’ which are inflated to the same pressure as the arches.  Two types of fire retardant textiles were used in their construction – a white, opaque textile was used for the arches whilst a translucent textile was used for the pillows in order to provide the opportunity for creating interesting effects with internal lighting.  The concept was developed with the architect and utilised construction methods devised by Tectoniks for structures such as the one built for the Dreamforce Convention in San Francisco the previous year.

Following discussions with the planning authorities it was determined that the pavilions would need to satisfy the requirements of the Ontario Building Code (OBC2012) in addition to local codes for fire safety. Since OBC2012 included no design load data for the forms of the proposed pavilions, it was agreed that the appropriate sections of ASCE 7-10 (‘Minimum Design Loads for Buildings and Other Structures’) would be adopted.

The principal challenge was to fully realise the architect’s vision for slender, elegant structures whilst satisfying the demands of the various codes – in particular the requirements for wind loading on such large, open, lightweight structures on an exposed site. In order to make the structures as slender as possible it was necessary to develop an accurate model for predicting the deflections of the pavilions when subjected to the various load cases prescribed by the codes and for determining the resulting stresses in the textiles used.

One interesting aspect of working with inflatable structures is that the inherently thin, flexible materials used in their construction must have all in-plane compressive loads removed through the action of pretension achieved by the application of the inflation pressure.  Since the inflation pressure would be the same throughout each structure, the limiting factor would be providing sufficient pressure to remove the largest compressive loads without creating tensile loads in other areas that would exceed the material strength (with factors of safety applied).

Finite Element Analysis was used to facilitate this process.  One technique that Tectoniks has developed to simplify such analysis is to equate an inflated beam with a rigid beam of equivalent flexural rigidity.  Flexural rigidity data has been determined from load/deflection tests of inflated beams of varying diameters and internal pressures conducted at their facility.  Using this data enabled the creation of a finite element model to accurately predict the deflections of the pavilions.  Interrogation of the model also yielded the maximum bending moments present in the structures from which the membrane loads could be calculated to check that the internal air pressure was sufficient to remove all compressive loads and that the material strength had not been exceeded at any point.

Using this approach allowed the design of the structures to be optimised quickly, making them as slender as possible whilst maintaining confidence in their structural performance. The slenderness of the design was further enhanced by making the visible edges of the structures from smaller diameter tubes. Scale prototype sections were then constructed and tested to validate the predictions of the analysis and to evaluate various construction methods.

The Finite Element Analysis also yielded the reactions at ground level for the load cases considered.  This enabled the anchoring system for the pavilions to be designed which made use of temporary ground screws with a combined holding capacity of over 200 tonnes.  Hard points on the screws were attached to a series of load patches located around the base of each pavilion via adjustable straps with appropriate load ratings.  The system was designed so that no guy wires or other rigging were necessary.

The load patches had to take the factored point load from each anchor and distribute it into the inflatable structure without exceeding the material strength.  When factored, the minimum break load required for each patch was 1,850kg. Circular load patches, 800mm in diameter, with central stainless steel load rings connected to radial load tapes were designed.  The load tapes were stitched to a backing disk made form the same material as the inflatable which was then bonded to the structure using a structural adhesive.  Multiple pull tests were conducted on sample patches to ensure their suitability.

The flowing, organic forms of the pavilions meant that they would be completely asymmetrical, with no repetition or mirroring of any of the fabric panels they would be made from.  This meant that a huge number of unique patterns would have to be generated, cut and fabricated in a very short space of time.  A detailed CAD surface model was created for each pavilion.  Using Tectoniks own software, developed in-house, each of the 15,000 unique 3D panels making up the pavilions was converted into a 2D cutting pattern complete with ID number, alignment marks and seam allowances.

Controlling the flow and fabrication of such a large number of unique components required highly effective planning and quality control to ensure that every one of the thousands of panels was dimensionally accurate and assembled in the correct sequence.  Over 40 miles of welded seams had to be precisely controlled and checked for structural integrity and air tightness.

The pavilions require precise control of the inflation pressure in order to achieve the levels of structural performance required by the codes. The air management system is therefore a critical part of the overall structural scheme.  The system is comprised of six independent units, each containing four 0.75kW side-channel blowers under the control of two digital process controllers.  Each unit is housed in a wheeled flight case to simplify transportation and handling.

The process controllers are linked to pressure transducers which sense the air pressure in the pavilions.  The controllers are programmed with upper and lower set-points and switch the blowers on and off as required to maintain pressure within these limits. Being of a virtually air tight construction, the pavilions consume very little air (and power) once inflated.

For the initial inflation of the pavilions, all the blowers are utilised but once this is achieved only a small number are required to maintain pressure.  The system therefore has a high level of redundancy.  In the event of damage to the pavilions resulting in the loss of air, the controllers automatically bring redundant blowers back on-line to compensate. Safety is further enhanced with the zoning of air sections within the pavilions. Each zone has its own independent inflation unit so that in the event of excessive damage within a zone, the remaining sections are unaffected and have sufficient strength to support the damaged area.

During changeable weather conditions, the air pressure can exceed the upper limit owing to solar gain. In this eventuality, the controllers open electric relief valves to allow air to escape until normal operational air pressure is restored. 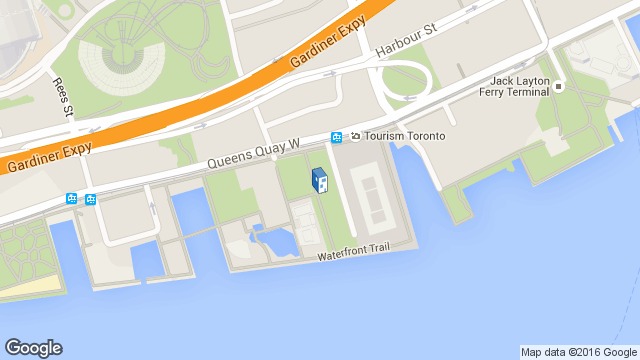