Save
Pavilion for Best Western Hotel Baltic / The Common Office 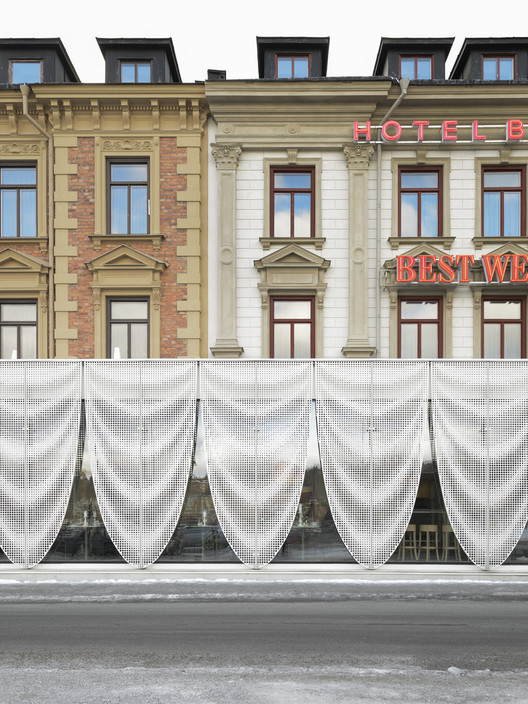 Text description provided by the architects. Sundsvall was at the end of the 1900th century, one of the wealthiest cities in Sweden. The wealth came from the forests in the north that provided the rest of the country with timber for paper- and construction needs. But in 1888 Sundsvall was struck by a fire that almost completely destroyed the old wooden town. The best architects in Sweden were assigned, and no expenses were spared to create the new city.

Contractors competed in creating the most impressing buildings of the time and lately discussions has been held to bring the city upon the world heritage list.

The Best Western Hotel Baltic is located by the inner harbor in the outskirts of the 1900th century city. Once a prominent site, but since the main through fare, E4 highway, was located along the harbor the city has turned away from the water. With the E4 now being moved to a bridge over the Sundsvall bay, the potential to restore the attractiveness of the harbor has has occurred and the Best Western Baltic Pavilion can be seen as a starting point for this.

When the Best Western hotel Baltic bought the neighboring building The Common Office was assigned to integrate the new spaces in the hotel and to create an extension building to accommodate a new more pronounced entrance, a bar and a restaurant.

The intention when designing the pavilion has been to address the richness of the existing buildings and at the same time  allowing the pavilion to become a contemporary addition to the city fabric. The exterior can be seen as an oversize traditional hotel baldachin where the draping has been exaggerated to cover the entire facade, only leaving an opening for the hotel entrance.

The pavilion is constructed with interior load bearing steel columns. And the structural glazing facade is made from low iron glass. The draping is made from laser cut 4 mm aluminum sheets with 40mm flanges around the perimeter to give the draping rigidity. The draping act as window shutters, providing some shadow and also protects the guests from people passing by on the sidewalk just outside. 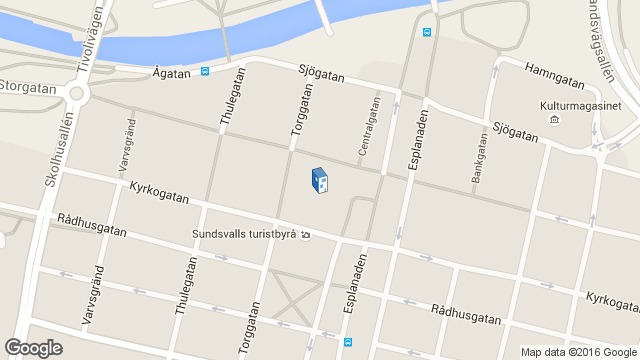 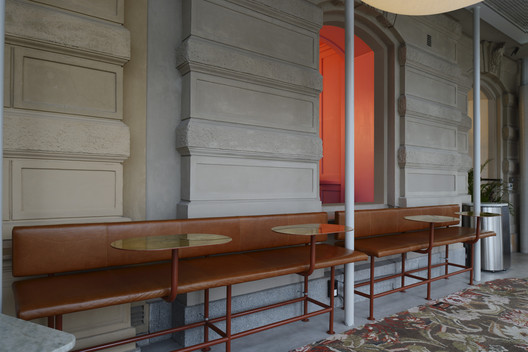