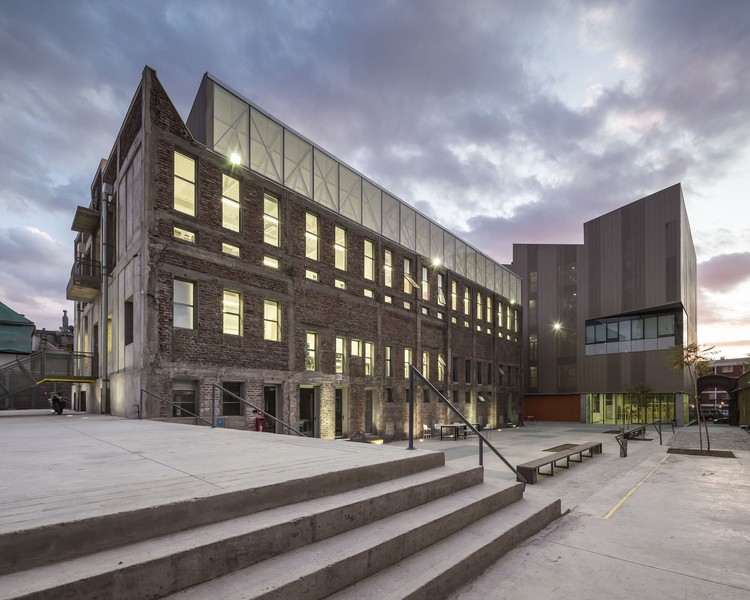 Text description provided by the architects. The building arose as the materialisation of the Campus Creativo educational project developed by a group of academics from the Andrés Bello University. It is based on promoting the interaction between different related fields of the artistic matrix, promoting programmatic crossing and teamwork and pertaining to a contemporary collaborative environment.

Located in the "La Chimba" district (word from the Quechua people) or "the other side" of the Mapocho River, indicating its historical situation as a service district to Santiago where the Spanish rigid urban grid layout could not cross. It gave space to a spontaneous settlement, originally settled by indigenous communities, artisans and incipient industry. This factor gave it its character and identity that still survives today, welcoming immigrants and artists attracted by its freedom and openness.

The site originally had a pasta factory called "The African" which was abandoned over 30 years ago. It belonged to the Italian Roveño family who founded it in 1921.

On the terrain was the factory building, some minor buildings and three privately owned houses, separated by a walkway that connected the streets Purísima and Ernesto Pinto. We felt it was essential to preserve this relationship between work and life, typical at the beginning of the industrial revolution in Chile and now in the creative industries, where it is very difficult to separate what one does from what one is.

The project then, is divided into 4 elements:

1. The Factory, that becomes the engine and center of the project, housing prototype laboratories, laser cutting plotters, 3D modeling, tool workshops, ceramics and garment making, also on the top floor are the first year Creative Workshops, and understood as the base of the educational project. The original reinforced masonry walls were maintained with their martial rhythm of windows, which were reinforced to meet contemporary standards. The roof structure, which was in very poor condition, was replaced with one of an industrial design to accentuate the character and scale of the building to the adjacent new building.

2. Two of the houses were turned into administrative offices and an exhibition gallery to disseminate the academic work that should logically (given the factory) and by definition (the academic program), be translated into concrete elements products. To achieve the integration of academic staff, the offices took advantage of the original structure of the houses built at the beginning of the last century. The coating was removed from the Adobillo (wooden framework covered in mud) leaving the Raulí (native wood) structure exposed, allowing large visually connected spaces without losing the character and detail of the original construction.

3. A new building houses the transversal generic programs for all courses, the classrooms, a library, computer rooms and a cafeteria on the first floor, becoming a module of high performance and efficiency of academic programming, which seeks to fully harness the infrastructure installed. Physically, it is an airtight volume, coated with a metallic skin, to improve solar control, the perforated micro skin covers an area of the windows, which adds to its industrial hermetic image. Inside, the structure is left bare, all its installations are open, exposed, showing its operation and allowing future modifications or addition of equipment or technology.

4. The area between these buildings, or creative space is intended to be a platform for endless activities, exhibitions, parades and presentations, it was planned as a contained place, sheltered by the existing and proposed buildings. To this, add all the major and additional programs of the Creative Campus, with an objective to always have the students and visitors interested in what the campus does. 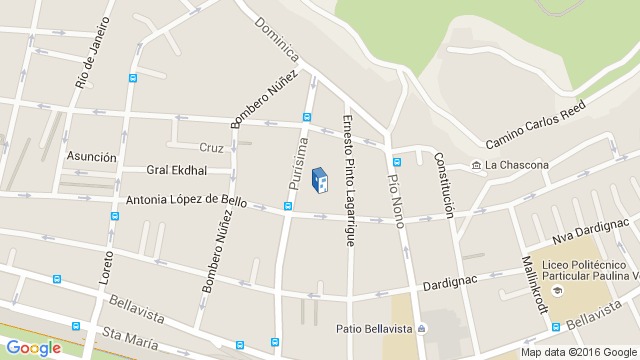