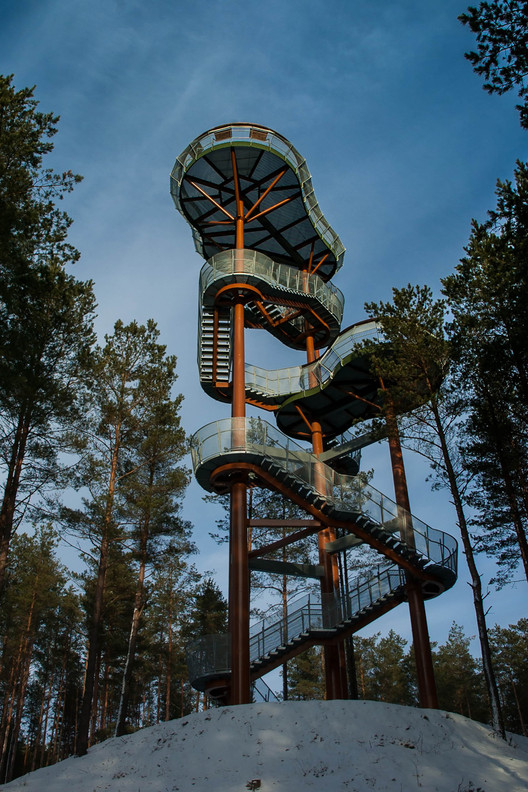 Text description provided by the architects. The site for the observation tower, chosen by the client, is on a high bank of the largest river in Lithuania, Nemunas. You could see beautiful vistas from it—the river itself, the island, vast forests of the Dzūkija region—if only you could get above the trees…

The bank of the river at the location is covered with a pine forest, typical for this area. The client wanted to retain the trees, so they asked for a tower that is taller than the trees but at the same time blends in to the surrounding landscape.

After visiting the location, nature and forest them self, suggested an architectural idea for the tower: a pine forest. The observation tower is not designed as one massive construction, which would dominate the landscape; rather, it’s designed so that it will blend in to its surroundings.

The shape, size, color of the main tower columns, and distances between them form a little “group of trees” or a “stand of pines,” just like the forest surrounding them. The observation platforms are of non-regular shape, like the stylized crowns of pine trees. In order to get to the top, you must walk up some stairs, which wind around the columns also in a non-regular manner, like paths wind around trees in a forest.

The “path” leads visitors up while snaking around the “trees.” New views of the forest open up on the way.

The journey ends at the large observation platform on top of the tower, from which magnificent views of the vast Dzūkija landscape can be enjoyed. 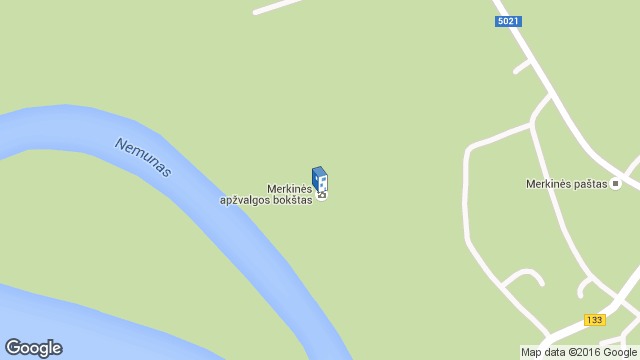 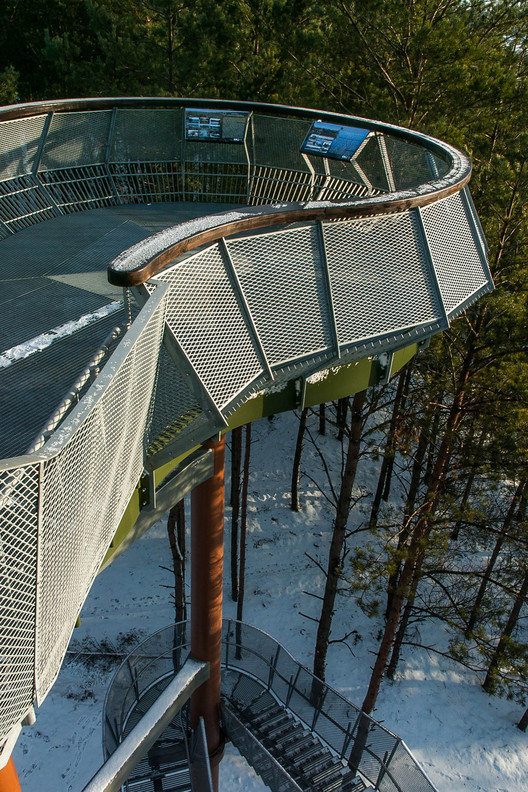