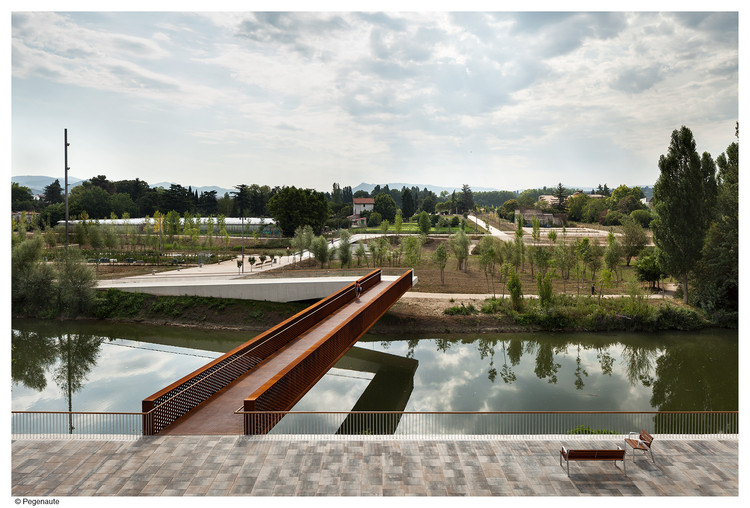 In the park system, the bridge serves not only as a separate object;it also forms a part of the geometric design of the pedestrian and bicycle paths. Jointing into the water and river system, the flow travels from Errotazar Street, thus avoiding the current road traffic, creating an elevated pedestrian passage and connecting to the Environmental Education Museum (Museo de Educación Ambiental). At the same time, it creates an ideal spot for visitors and an observation point from the bridge to view the park from the city. The landing in the Aranzadi Park, located at the highest point of the Plaza de los Manzanos, next to the banks of the Arga River, is a gathering point for the flow of pedestrians and cyclists traveling across the perimeter on their way to the plaza.

An L-shaped layout has been proposed, with two orthogonal and opposing branches. Each branch has a unique antagonistic function, based on its form. There is structural purity and clarity in both elements. Itslayout, parallel to the river, located partially in the floodable area, is stony, pinned and anchored to the ground. Its slope has an angle of less than 6%, rising in the direction of the current, without offering resistance to future avenues and resembling the bridges, ramps and concrete paths of the park. The perpendicular and horizontal designis light, svelte and aerial, suggesting that it is a bridge between two realities, suspended between both. The perforated,weathered steel is located in both the parapets and thepavement, reinforcing its buoyancy and transparency, while blending in with the natural environment.

Artificial lighting reinforces the essence of each part. The concrete element is illuminated along the line of the park, thanks to suspended projectors that offer uniform, superficial lighting. The weathered steel panel hides a double line of warmer lighting which allows for a volumetric illumination of the panel, backlighting the perforated surface and emphasizing its warm and volatile nature.

The construction of the sheds is integrated within the fruit and vegetable garden area of the Aranzadi Park, in the style of a greenhouse. As they are located in a floodable area, the pavilions are slightly lifted above the ground, floating and creating a light and translucent image that is in harmony with the current constructions in the meander. They have a modular system that allows for each pavilion to include as many storage spaces as needed for the gardens in the surrounding area. The storage space distribution includes a series of modular indoor furnishings, created from panels of high resistance ecological grout. 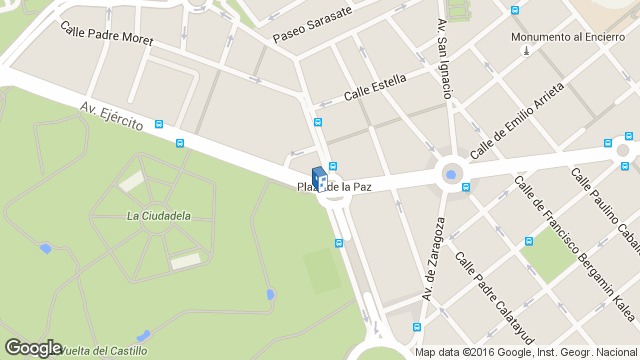 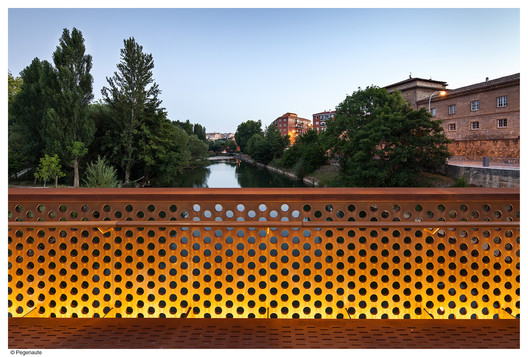 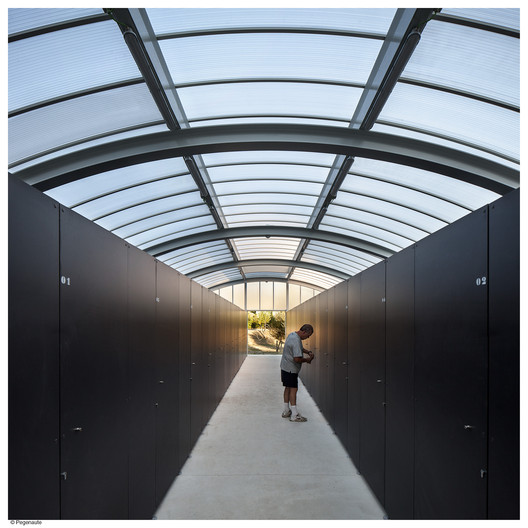