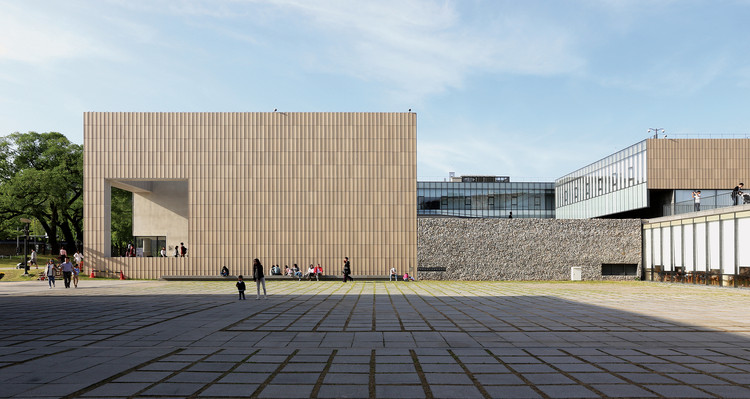 Text description provided by the architects. Inserting a contemporary museum into an urban district rich in history and tradition is still a rare challenge in Korea. This museum is located in what was once the center of Seoul, between to Gyeongbokgung Palace and the Bukchon traditional Village. The site includes many structures that represent Seoul’s traditions and long political history.

For 600 years, this spot was used as Jongchin-Bu; the administrative center of the Chosun dynasty; two buildings dating to that era remain as part of the museum complex. During the early 20th century colonization of Korea by Japan, a brick building housing the occupying army was provocatively added to the site.

After Korea’s liberation in 1945, these brick buildings became a key part of Korea’s Defense Security Command—and thus in 1980, the site became the center of a coup staged against the Chun Doo-Hwan administration. An adjacent building once used as a hospital, also preserved, dedicated to the care of Korea’s presidents. In 1979, when President Park Jung Hui was assassinated by his subordinate, he died here.

Throughout much of this time, though, average citizens were not allowed to enter the site, even though it was in the heart of Seoul.

In 2006, the Defense Security Command withdrew from this spot, raising the question of how it should be used in our contemporary age. In 2009, the government decided to build a contemporary museum, emphasizing the role of culture in modern society. A competition was held, attracting most leading Korean architects; the jury included Barry Bergdoll, Kazuyo Sejima and Arata Isozaki.

In light of the history of the site, the competition brief required that the Defense Security Command building should be used as the main entrance and the two historic buildings from the Chosun Dynasty must be respected and preserved. We won this competition, working with one of Seoul’s largest architectural firms Siaplan.

A contemporary museum but also a link to the past.

As suggested by the competition brief, we utilized the building where the 1980 coup started as our main entrance. Immediately inside are a series of small spaces that are used for short-term shops and temporary, rotating exhibitions, all of which can be accessed without buying an entrance ticket.

The middle courtyard enfolds the structures remaining from the Chosun dynasty. Within the complex there are also exhibition halls visually tied to the buildings from the Chosun Dynasty, the former Defense Security Command office, the adjacent Gyeongbokgung Palace and Bukchon traditional village.

But we also added 48,372 square meters of new space to this site, ones that would be used to house contemporary art.

Our idea for an Unstructured Museum won the competition. Instead of creating a strong symbolic form for the museum, we established a series of open courtyards that mediated between the historic fragments and modern spaces. The courtyards are visitor-oriented, opening up views in and through the museum to underscore Seoul’s historical landscape.

They also addressed neighborhood opposition to such a large building being introduced into the dense fabric of the city by creating publicly accessible spaces open to the public. The museum's volumes are varied but carefully proportioned and the geometry simple, a foil for the historical styles already found on the site.

Open configuration between the site and the context.

The city of Seoul intended a pedestrian street to cut through the center of site; we established a public path within the museum, and courtyards are located at the edge of this path, expanding and contracting its dimensions. This loose outline erases the boundaries between the museum and surrounding neighborhood.

The courtyards offer a place for the public, especially those from the neighborhood, to come in casual contact with the museum’s art, and thus the lack of a distinct border encourages one to engage more deeply with the arts without having made a conscious decision to do so. One courtyard, however, is not treated so informally: the space for the Chosun dynasty structures is a square, acknowledging their historical importance.

Modest outside, increasingly powerful within.

Our exterior is handled with careful reticence, in light of the strong objects already deployed on the site. Curved terra-cotta tiles are among the materials we used to tie the structure to the neighborhood; they are a contemporary acknowledgement of the older buildings' roof tiles.

Throughout, the building’s scale and mass are sympathetically proportioned to fit the context. By contrast, the interior for contemporary art is soaring and powerful; this is in part accomplished by dropping the main level of the museum and its courtyards below grade. The exhibition halls are loosely structured and three-dimensional, the eye drawn by natural light into adjacent spaces at corners, opening up the spaces sometimes horizontally, sometimes vertically.

The museum invites everyone, old and young, local and tourist, to take in both the rich history of the site and the dynamic power of contemporary art without compromising either one. 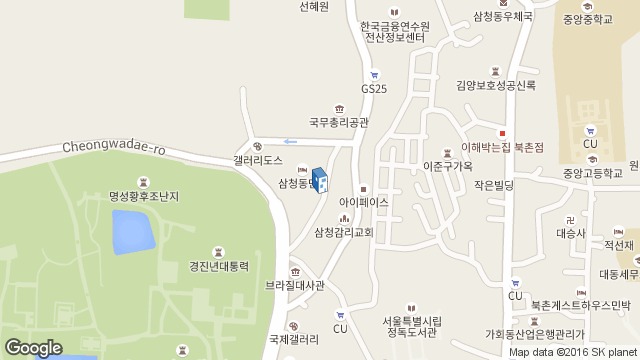