Save
Eames Retrospective Opens at London's Barbican
Share
Or
Copy

A much anticipated retrospective—The World of Charles and Ray Eames—opens today at London's Barbican Centre. The show, curated by Catherine Ince and designed by 6a architects, surveys the careers of Charles (1907-1978) and Ray (1912-1988), and the extraordinary body of work prodced by the Eames Office: a ‘laboratory’, active for over four decades, in which the Eameses, their collaborators and staff produced "an array of pioneering and influential work – from architecture, furniture, graphic and product design, to painting, drawing, film, sculpture, photography, multi-media installation and exhibitions, as well as new models for education." 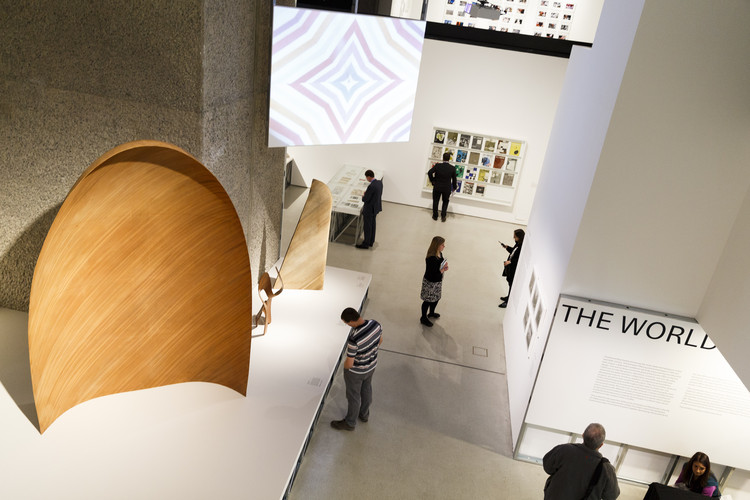 From the 380 works on display—many of which have not until now been exhibited in the United Kingdom—this exhibition "offers an opportunity to re-examine their work and legacy, alongside the legacy of post-war Modernism." Using contextual material and a wealth of artifacts from their professional and personal archive, the exhibition highlights their collaborations with their "immediate circle": Buckminster Fuller, Alexander Girard, Sister Corita Kent, George Nelson, Isamu Noguchi, Eero Saarinen, Saul Steinberg, and Billy Wilder. Structured thematically, it "presents a complex portrait of these internationally celebrated designers in the context of the inner world of their office and network, alongside the political, cultural and social conditions which enabled and influenced their work."

The work of the Eames Office is characterised for most people by designs for furniture and products, yet their avid interest in addressing the needs of any given problem led them to design and communicate using a wide variety of tools and media. The story of the Eames Office is that of the trajectory of visual and material culture in the post-war period of the last century. Charles and Ray Eames moved fluidly between the mass-production of objects for everyday use and the transmission of ideas through exhibition, film or installation, in anticipation of the global ‘information age’. They were driven by philosophical ideals that favoured knowledge, discovery and discipline; embraced the potential of technology and science for the common good; and saw no separation between life and work.

The World of Charles and Ray Eames will be on show in London until February 14th 2016.