The ruestungsschmie.de architectural collective has shared with us their latest video mapping project on the façade of the Karlsruhe Palace in Karlsruhe, Germany. Designed to celebrate the city’s 300-year anniversary, the projection illuminates all 300 meters of the building’s façade.

The Karlsruhe Palace is the architectural and urban center of the city, from which 32 streets stem out, structuring the urban design of Karlsruhe. This unique city design served as part of the inspiration behind the audiovisual work. The project was created in partnership with Sound Selektor, who composed the soundtrack using only noises recorded from inside the castle, including doors, switches, stairs and the sounds of specific exhibits.

Ruestungsschmie.de’s light projection project was one of nine projects to illuminate the Karlsruhe in honor of the city’s 300th anniversary. 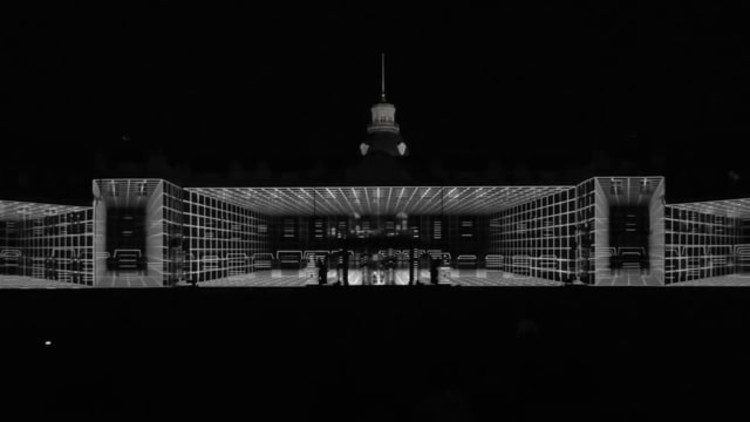 Watch the video of the light projections on the façade of the palace above and learn more about the work of ruestunsschmie.de here.