This article was originally published on November 2, 2015. To read the stories behind other celebrated architecture projects, visit our AD Classics section.

As Norman Foster describes in his firm’s monograph, Foster 40, “Our transformation of the Reichstag is rooted in four related issues: the Bundestag’s significance as a democratic forum, an understanding of history, a commitment to public accessibility and a vigorous environmental agenda.”[1] Foster’s description sounds straightforward enough, but the process of creating the New German Parliament at the Reichstag was only the latest entry in the long, complex, and contentious history of the building.

Originally built to house the parliament of the German Empire, the Reichstag was controversial before it even began construction. When the competition to design the building was announced in 1871, the chosen site in Berlin was already occupied by Prussian Count Raczynski’s palace, and no one had thought to inform him of the plans.[2] Raczynski’s refusal to sell his land during his lifetime, and controversy over the selection of a half-Russian architect in the design competition, delayed progress. It was only after a second design competition–limited to German-speaking architects–won by Paul Wallot, that construction finally began in 1884.[3] Wallot’s neoclassical design was subject to many revisions, often at the whim of the three successive Kaisers who reigned before the building was finally completed in 1894.[4] One of the most recognizable elements of Wallot’s design, the inscription “Dem Deutsche Volke” (“To the German People”) on the main pediment of the building, was originally viewed as distastefully populist by the Kaiser, and it was only added in 1916 as a patriotic symbol during World War I.[5]

Since its completion, the building has played many supporting roles in world history, starting with the fire in 1933, allegedly set by a Dutch Communist, that allowed Hitler to seize power. And as World War II came to a close in Europe, the Soviets used the heavily-damaged Reichstag as a setting for propaganda photos re-enacting their capture of the city. Restoration efforts carried on slowly after the war, as the building sat on the front lines of the Cold War, just on the Western side of the Berlin Wall. Plans to restore the building for eventual parliamentary use were stalled in 1971 when the West German government agreed not to hold any Bundestag sessions at the Reichstag in exchange for East Germany easing access to West Berlin.[6] In one final twist of history, prior to the beginning of construction on Foster + Partners renovation in 1995, the entire building was wrapped in enormous strips of fabric in art piece by the artists Christo and Jean-Claude.

Following German reunification, two close votes in parliament confirmed the relocation of the capital to Berlin, and the Reichstag as the home of the German parliament, or Bundestag. In 1992 Foster + Partners was one of fourteen non-German firms invited to participate in a design competition for rehabilitating the Reichstag building, along with 80 German architects. Foster knew this was an invitation he could not refuse, but was also skeptical that a non-German architect could win the competition. In the end, the three finalists in the competition were all non-Germans: Foster, Santiago Calatrava, and Pi de Bruijn. Foster’s original competition design called for a steel and glass canopy covering the original structure, and stretching north to connect with the Spree River. As Deyan Sudjic described, “Resembling a giant table sitting on top of the parliament, it would have entirely transformed its meaning, rendering the project a memorial to the past, while at the same time demonstrating that the new parliament building signified a departure from history.”[7]

But as the excitement of the reunification waned, the financial realities of rebuilding national infrastructure began to set in, and the three finalists were asked to reduce the costs of their proposals in the second round of the competition. Despite this request, the competition committee refused to supply a budget for the proposed building, so rather than making adjustments to his original design, as his competitors did, Foster started from scratch, proposing four possible schemes with “a range of estimates to show how more or less work could be carried out on the building.”[8] It was one of these schemes that was ultimately selected for construction, but much like the process for the original 19th century structure, the end of the competition did not mark the end of the design work.

As the home of the German parliament, nearly every design decision, from the major to the minutiae, took on a political significance. Nowhere is this more evident than in the dome. Foster’s winning design did not include a dome, but almost immediately after the competition was concluded, some members of parliament (MPs) began demanding a reconstruction of the original dome. As Sudjic recounts:

“Every trace of that original dome had been destroyed by a combination of war, fire, neglect, and post-war rebuilding. To make a literal reconstruction of how it had once looked went counter to all the architectural principles that Foster had come to believe in. Yet to a vocal and influential minority within Germany, it would be unthinkable to build a new parliament without a dome.”[9]

Although he initially refused to consider adding a dome, a separate proposal from a German architect to add a reconstruction of the historic dome threatened Foster's vision for the building's interior spaces, and he began exploring ideas for what he came to call the “cupola.”[10] And it was not just the dome that was subject to the whims of the politicians. Then-Chancellor Helmut Kohl insisted on a brighter color scheme for the interiors than the neutral palette of whites and greys that Foster had originally proposed–even the sculpture of the eagle in the parliamentary chamber was the subject of considerable debate.[11]

In fact, it is that contentious dome–or cupola–that most fully captures Foster’s ideals for the project. The cupola is the most publicly accessible portion of the building; it provides a visual connection to the work in the parliamentary chamber below, it is a functional component of the building’s sustainability strategy, and, despite Foster’s initial hesitation, it serves as a reference to the history of the building. The cupola is also the most obvious demonstration of Foster’s intervention in the historic building. Although it is a nod to the building’s history, the form is entirely new. Clad in clear glass, the helical ramp along the outer edges of the space helps define the dome-shaped volume, and leads to an observation deck that provides a vantage point for visitors to look out on the surrounding Berlin cityscape. At the same time, skylights at the base of the cupola open into the debating chamber below, providing a visual connection to the government at work. An inverted cone of mirrored panels in the center of the dome reflects daylight down into the debating chamber, and also supports ventilation in the building, exhausting hot air through the top of the cupola.

Though less conspicuous than the cupola, Foster’s other interventions in the building were no less significant. The design was able to consolidate the functional spaces of the parliament back into a single building, including, most notably for the MPs, the “faction rooms” where party caucuses gather to discuss policy.[12] Foster was also intent on preserving remnants of the many layers of history in the building, most notably the cyrillic graffiti Soviet soldiers scribbled on the stone walls at the end of World War II. And Foster frequently notes the important symbolism of the public and the politicians entering the building through the same entrance, under the classical pediment inscribed, “To the German People.”[13]

In the end, the success of the Reichstag is in Foster’s ability to find compromise with a demanding, and often contradictory, set of clients. Despite those compromises, Foster takes great pride in the outcome. As Sudjic describes, “Foster has an acute sense for the symbolic qualities of architecture, beyond the overt functional role that it is expected to play. Ask him which of his buildings he feels is most successful, and unhesitatingly he will name the new Reichstag.”[14]

[2] Pawley, Martin. “The Rise and Fall of the Reichstag.” Rebuilding the Reichstag. Woodstock, New York: The Overlook Press, 2000. 38. 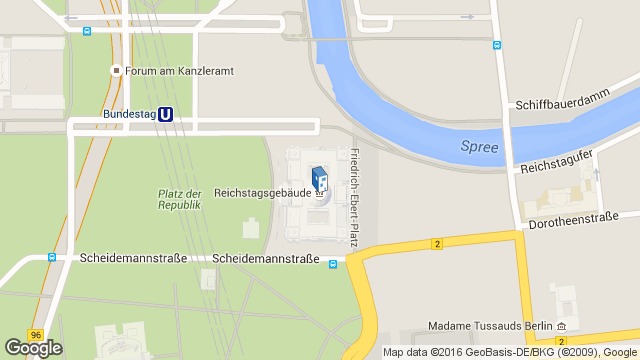 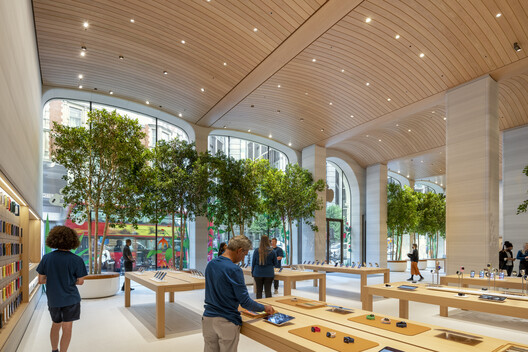