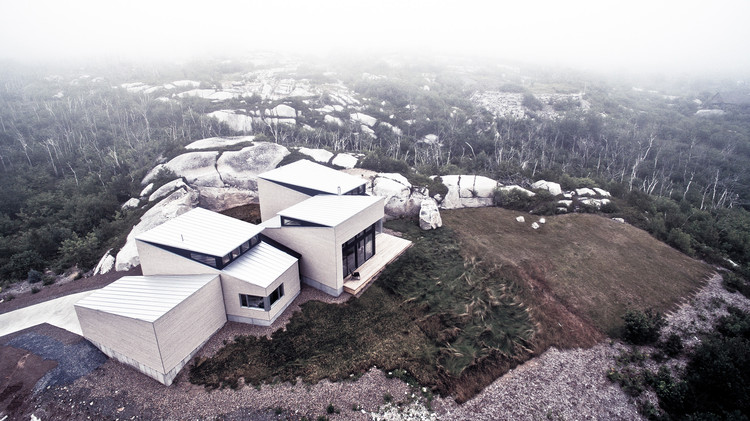 Text description provided by the architects. Set amidst the unique and dramatic landscape of Halifax’s Purcell’s Cove “backlands”, the residence is inspired by the strewn jagged bedrock field of outcrop, subcrop and bedrock float. ‘Float’ is defined as loose pieces of rock that are not connected to an outcrop.

The formal massing of the home is one which was derived to evoke a larger bedrock volume (outcrop) but one which has become severed and has relocated slightly over time (subcrop or float).

The exterior façade is clad is a grey washed wood cladding with slight variations in pattern, resembling bedrock strata which give further evidence of subcrop movement. The home is backed up by a several metre high large boulder which creates a private zone between the home and the rock.

The home is composed of a central volume for daily living flanked by two sleeping zones, one of which can be shut off when unoccupied. From within the resident looks out at the massive view including several lakes and the ocean beyond. 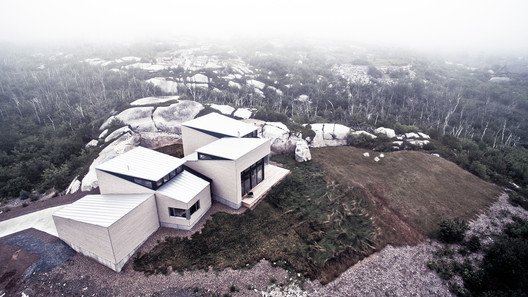