✕
Save
Crematorium in Amiens / PLAN 01 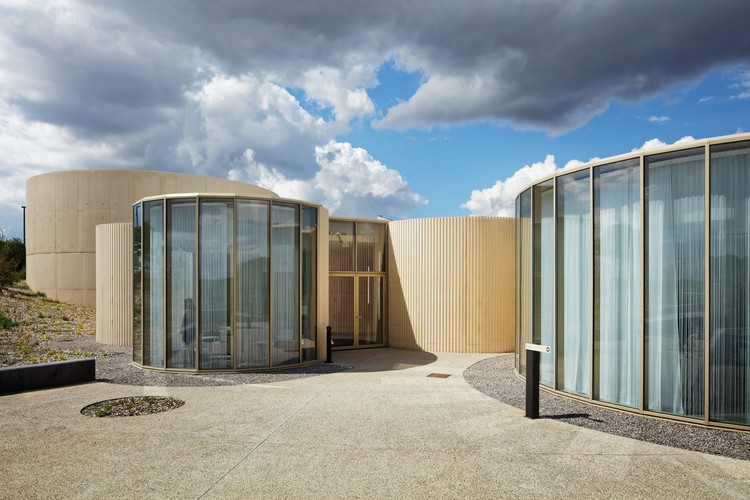 Text description provided by the architects. After having completed the Rennes crematorium, Plan 01 has continued to discuss a project which involves the architect in the most sensitive and rich areas of the architectural process. These are areas which help convey the ethical meaning of discipline.

Few projects involve so much emotion and express such human and cultural richness. However there are also as many obstacles and risks which, when overcome, allow life to appear in all its power.

The success of this approach lies in its ability to create the environment of a dignified and serene experience during one of the most dreaded moments of our existence - the loss of a loved one - and, what is more, during one of the most tangible and extreme moments, when the body of the deceased person is cremated.

In France, the exponential growth in the number of cremations, due to changes in customs and traditions, questions our cultural allusions on what a crematorium should be like.

We want a result which works in symbiosis with the site, and which creates a spatial system which takes account of the cultural diversity of human reactions which can arise during such an event. Faced with the emotional intensity of a cremation ceremony, we offer an architectural creation which proposes a space that can be interpreted and adopted differently by each person.

This results in a project which is based on the theme of the circle as a symbol - universal and timeless - intended to represent secular spirituality in the collective imagination.

Our architecture is based on this strong image of the circle, which is representative of clearly identifiable themes, such as:

The central position of the deceased person. The circle as a universal and timeless symbol. Secular spirituality. Removal of references to daily life. The fluidity and diversity of the journey. Blending into the landscape. Hiding the technical elements, particularly the chimney.

Our specific interpretation of the site has given rise to a hollow space which resonates with its environment, an arrangement which allows great flexibility due to its combinations of near and far and its range of scales and textures. A fluid and calm dynamic, a flexible definition of a sensitive and considerate space. A serene and light response, interdependence between the site and the project, which is demonstrated through the harmonious relationship between vegetation and the building.

A landscape building which accompanies a special, painful but inescapable moment during our human existence, which requires a dignified and soothing setting. 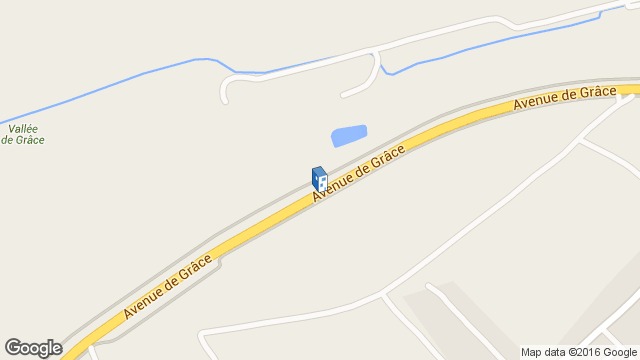 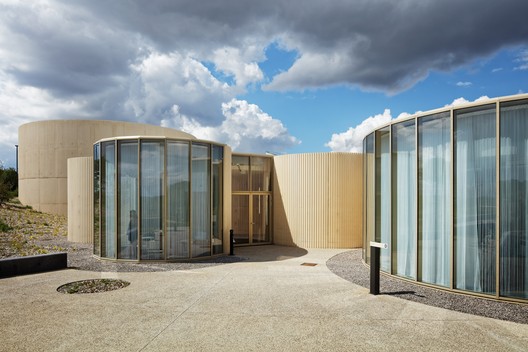